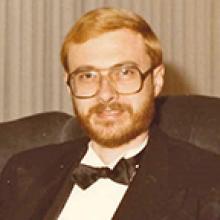 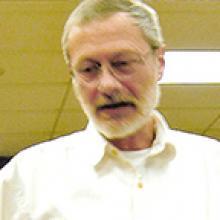 
I decided to write my own obituary, rather than burdening someone else with that task.
I am survived by my niece Terri-Lyn Delany Ferguson (Kim) of Vancouver, and Grant Delany (Marion) of Pinewa. I was predeceased by my older sister Sabine in 1992; my father Herbie in 1998; and most recently my mother Hilda in 2013.
In 1950 I was born in Karlshafen, Germany. Our small family immigrated to Canada in 1954, settling in Winnipeg. I began work at the age of 19 with Transair, where I worked in Winnipeg, Thompson, Churchill, The Pas, Flin Flon, Lynn Lake, and Thunder Bay. I returned to Winnipeg when Transair was taken over by Pacific Western Airlines. PWA acquired CP Air and I worked in reservations and then in Air cargo. When Canadian Airlines was taken over by Air Canada, I was forced to move to the Winnipeg Airport. I spent a total of 38 years in the airline industry and retired in 2007. I spent most of my retirement years taking care of my aging mother.
I have lived a good life, have made many friends, and had the best neighbours in the world. I can only hope that they think of me in the same way.
At my request, there will be no funeral service, and flowers are gratefully declined.