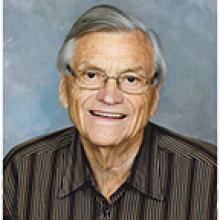 
Sadly, we announce the passing of Lyle Watson on June 3, 2022, at the age of 81 at St. Boniface Hospital.
Lyle will be lovingly remembered by his wife Gail; daughter Jody Watson, her sons with Jonathan Neal, Austin and Everett; daughter Lori Watson (Justin Stadnyk) and their sons, Elliot and Ethan. He is also survived by his sister Doreen Fewster, Steinbach MB; sister-in-law Pearl Watson, Carman MB; brother-in-law Charles Howard (JoAnne Filipponi) Vancouver BC; and many nieces, nephews, their families and numerous friends.
He was predeceased by parents, Alice and Stanley Watson; brothers, Les (Marian) Watson, Andrew Watson; sister Frances (Murray) Sargeant; brother-in-law Wendal Fewster; and sister-in-law Dawn Howard.
Lyle was born at the farm of his Turnbull grandparents west of Rathwell, MB. He attended Rathwell School and loved all sports. He played on the Rathwell-Treherne-Holland Bantam BB Provincial Championship in 1953, and he often related that, in the same year, the Rathwell Tom Thumbs 12 and under team won the Treherne tournament with him as the playing coach. He helped his Dad caretake the Rathwell rink, hence was able to skate and curl with his friends after closing time. At 13, he started playing baseball with the senior men's team. On Saturdays he unloaded coal at the coal dock for the CPR trains.
Lyle moved to Winnipeg in 1957 to attend St. John's High School so he could play junior hockey for the Winnipeg Monarchs and school football. He was named the most valuable player on the football team plus was on the curling team that won the Tribune event in the MB School Boys bonspiel. After high school football and a short try-out with the Blue Bombers as he broke his shoulder, he played for the West End Rams, the Winnipeg Rods and the St. James Rams.
He started his business and sales career with Crown Zellerbach Paper Co. first in Winnipeg then later to Dauphin. There he played hockey for Grandview and baseball for the Dauphin Red Birds of the Western Senior league. He became the manager of the Winnipeg branch of Smith Davis and Lecky and later joined Gravure Graphics, a Winnipeg based printing packaging company, and travelled from Montreal to Vancouver. During those years he played senior baseball with St. Boniface Precioux Sang and completed the Business Administration program at the University of Manitoba.
In 1973 Lyle started his own company, Tri Star Marketing Ltd., and operated it until 2021. For years he continue to represent Gravure Graphics plus other packaging lines, and covered western Canada and part of the United States from Pennsylvania to Oregon. He also joined friends establishing Encore Envelopes Ltd. and Grange Stationers.
After dating for several years, he married Gail Watson (nee Denbow) in 1968. Holidays were spent in warm climates like the Caribbean Islands, Hawaii and Mexico, plus golf and competitive curling were played together. In later years European vacations, Palm Springs and two cruises were enjoyed. Daughter Jody was born in 1977 and Lori in 1983. Lyle cherished being a father and had so much fun playing with the girls. He was a great Dad and always wanted the best for his daughters who he proudly supported during their gymnastics, dancing and ringette activities. He was extremely delighted to welcome son-in-laws, and each of his grandsons, to the family. Being surrounded by family members and friends with lots of laughter and fun, were good times. Grey Cup parties were his favourite, for Lyle and Gail were long time season ticket holders of the Winnipeg Blue Bombers and the Winnipeg Jets.
Lyle believed strongly in contributing to his community. He was a regular blood donor, delivered Meals on Wheels for decades, and as a long time and valued member of the Winnipeg Cosmopolitan Club, volunteered and held leadership roles raising money for diabetes research. Lyle helped coach community sports teams including the St. James Raiders, Charleswood Hawks, Varsity View Pee Wee and midget baseball teams. When his daughters began playing ringette his focus changed, and he was involved with their Varsity View teams for years.
Lyle was a friendly, kind, fun loving, hardworking man with a positive attitude and a good sense of humour who could converse with anyone. He was a devoted and loving husband, a nurturing, proud father and grandfather, a loyal friend and a good neighbour. We will miss his big smile and easy going nature.
Sincere thanks to the doctors and nurses at Health Sciences Centre and St. Boniface Hospitals.
If friends so desire, donations in his memory may be made to the Winnipeg Cosmopolitan Foundation, P.O. Box 2081, Winnipeg, MB R3C 3R9 .
A Celebration of Life will be announced at a later date.


On Friday, June 3, 2022, Lyle passed away at the St. Boniface Hospital at the age of 81 years.
A Celebration of Life will be announced at a later date.