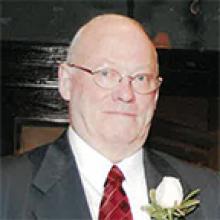 
It is with great sadness that we announce the peaceful passing of Robert (Bob) Peden on Tuesday, June 7, 2022 at the age of 78 years, after a long struggle with cancer.
He is predeceased by his mother Ethel Peden, and his grandparents, Hugh and Christina Peden.
Bob was an only child, born to Ethel Peden in Portage la Prairie on February 5, 1944. He was raised on the family farm on the outskirts of Portage. He attended Prince Charles School, spent his high school years working at McDonald's Sporting Goods and Grocery stores, and graduated Portage Collegiate in 1962.
After completing a one year business course, Bob began his working career with the Manitoba Liquor Control Commission at head office in the emerging field of computer data analyst. He held various positions with the MLCC, including Head of Retail Budgets and Head of Store Security, before his retirement in 2000, after 37 years of service.
Bob was always an avid outdoorsman. He enjoyed hunting ducks, geese and deer. As a member of his father-in-law's hunting gang, he gained the reputation while being told to "push the bush", of always ending up exactly where he started from. Those size 14s had him going in circles!
Fishing was another activity he enjoyed with friends. The May long weekend found the "Waterhen Hookers" making their annual trek to the Waterhen River. The fish stories were plentiful - the fish... not so much!
Bob was an excellent bowler, competing in the Thursday Night mixed league at the Village Inn and the Sunday Morning Senior Mens' at St. James Lanes, as well as other casual leagues over the years. For several years, Bob and Diane also ran the Youth Bowling Council program at the Village Inn. He was also an active member of the Teaching Division of the Master Bowlers' Association of Manitoba and was one of Team Manitoba's coaches at the YBC Nationals in 1985. In later years, Bob was part of the ANAVETS #283 Bowling Team, helping to bring home trophies from provincial championships.
Bob also loved playing cards, whether it be "crib night" at 283 or poker nights with the guys at home or in Mesa, where Bob and Diane spent eight enjoyable winters. He was an active golfer, spending many Sunday mornings every summer golfing - first at Lundar Golf Course, then at Manipogo Golf Club - with family and friends. Even when he could no longer walk the course, he always hosted the post-game "beer and BS" sessions out on the deck.
Anyone who knew Bob, knew he was a lifelong fan of the Saskatchewan Roughriders football club. He truly bled green for the Riders; following the team through thick and thin, and seeing the Riders flag flying at the cabin meant Bob was in residence.
The annual Peden Christmas party brought out his Scottish heritage, where the "Peden Tartan" necktie would make its yearly appearance, no matter the dress code of the day.
Bob was very social, and always up for a good chat on any subject - and he was not shy about sharing his opinions! He treasured catching up with friends frequently, both old and new. He always stayed up to date on all things sports and politics, and loved hearing about everyone's experiences, travels and families. He was always willing to lend a hand or an ear, loved a toast before a good meal, and truly knew the value of family and friendship.
In later years, Bob's happy place was the cottage at Twin Beach. He would spend every evening sitting in front of his chiminea fire, listening to the birds and the sounds of the marsh, and watching the planes flying high overhead.
Bob is survived by his loving wife of 51 years, Diane, and his children, Kevin and Jennifer (Devin Yawching).
He was our anchor, the person we could count on for a sensible approach or sound advice. He will be greatly missed, not only by his family; but also, by the many cherished friends he made throughout his life.
The family would like to thank Dr. Kim and Dr. Ogarenko, and all the CancerCare teams at Victoria and Grace Hospitals. We truly appreciate the care and compassion of the doctors, nurses and care staff on E3 at Riverview Health Centre. Thanks also to Bob's long time family doctor, Dr. Michael Stephenson.
A Funeral Liturgy will be held at Saint John XXIII Roman Catholic Church, 3390 Portage Avenue (at Rouge Road), on Tuesday, June 14, 2022 at 1:30 p.m. All are welcome. Immediate family will follow to Rite of Committal at Assumption Cemetery.
In lieu of flowers, donations in Bob's memory can be made to the Canadian Cancer Society or a charity of your choice.