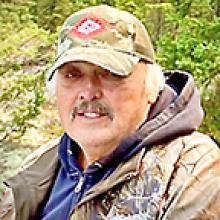 
Unexpectedly we announce the passing of Steven Louis Gergatz on June 9 at the Johnson Memorial Hospital in Gimli.
Steven is survived by his sons, Kurt, Kevin and Keith; brothers, Otto (Veronica), Rick (Geraldine), Rob (Colleen); and Uncle and Aunt Ernie and Ellen Gergatz.
Steven was predeceased by his parents, Frank and Veronica Gergatz; brother Leslie. and most recently his life partner, Marie Cook.
Steven is the oldest of the Gergatz five brothers and had many friends in the Riverton/Hnausa communities and beyond. A fun loving and gentle individual who was quick to laugh and share a joke or story, he will be missed by all that knew him. He greatly enjoyed the outdoors especially fishing and hunting. Although he grew up on a farm, he most enjoyed driving and operating equipment, especially highway trucks and he was very good at it and took pride in his work. He was much sought after even in retirement.
A funeral service will be held at the St. Phillip Neri Roman Catholic Church in Arborg on June 16, 2022, at 11:30 a.m. A get-together will be immediately after the funeral at Silver Community Hall (4 miles south of Arborg). A private Interment will be held at a later time.