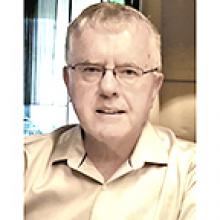 
A tree will be planted in memory and cared for by
McKenzies Portage Funeral Chapel - www.mckenziesportagefuneralchapel.com