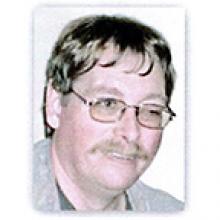 
It is with heavy hearts that we announce the sudden passing of Larry Brent Schultz, after a brief illness at the age of 63. Larry passed away on June 6, 2022 with family by his side.
Over the years Larry became a true craftsman who took tremendous pride in his work. His talent for teaching and electrical was second to none and he was a true credit to his profession.
Born on Saturday, November 15, 1958, in Winnipeg, MB, Canada, he was the son of Gary John and the late Joan Loretta Schultz of Winnipeg, MB.
Larry will be deeply missed by his loving wife Alanna of 10 years; his two sons, Ryan James of Winnipeg, MB, and Mark Adam of Gunton, MB; father Gary Schultz of Winnipeg, MB, and one brother Jeffery Scott, his wife Mary and niece Elaine Sara of Winnipeg, MB. Alongside extended family, Ty and Marissa De Rayos, Sereen and Travis McConnell with grandson Finley, Des and Sherry Kushniryk, Don and Tracy Kushniryk.
Larry was preceded in death by four grandparents, James Walker of Winnipeg, MB, Freda Walker of Victoria, BC, and Dorothy and Roy Schultz of Winnipeg Manitoba.
According to his wishes, cremation has taken place and a private family service will take place at a future date.


To leave messages of condolences,
please visit our website at www.ronaldmoffitmemorialservices.com