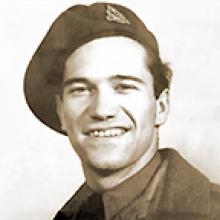 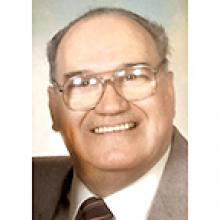 
Bill leaves to mourn his two sons: Geoffrey Harry (Beth), and Michael William (April); three grandsons: William John (Krystina), Christopher Michael, and Sean Kenneth (Megan); three great-grandsons: Miller, Mason, and Lennon and great-granddaughter Kynzie; his baby sister Joyce Myfanway Rivers of Regina, and numerous nephews, nieces everywhere.
He was predeceased by his wife of 58 years, Mary Ellen; his father Henry (Harry) and mother Dorothy; his brothers, Henry, Arthur and Kenneth; his sisters, Emily, Dorothy, and Margaret.
Bill volunteered for the Canadian Army and served overseas in the Second World War in the Royal Canadian Corp of Signals and was demobbed in 1946. He worked in communications before, during and after the war, starting with Canadian Pacific Telegraphs and working for 45 years until he retired in 1984.
Bill had many interests: golf, bridge, pool, poker, crosswords and other puzzles, and stamp collecting.
Bill and Mary-Ellen loved to travel and started their life together by a honeymoon train trip to New Orleans followed by numerous summer car trips through North America in a big boat of a car with two small boys in the back seat, and after retirement spent many winters in Arizona, Mexico and Barbados.
He retired to the Canoe Club where he made a great many good friends including a special friend: Vivian Free.
He was a very young looking active nonagenarian and was determined to live independently. He succeeded. He passed away peacefully at home on May 30.
As per his wishes cremation has already taken place.
He will be missed by many.
In lieu of a service there will be a Celebration of Life at the Canoe Club Retirement Centre on June 28. RSVP to 431-336-0342 (text or phone).
His favourite charity was Siloam Mission (Siloam.ca) followed closely by Salvation Army (SalvationArmy.ca)