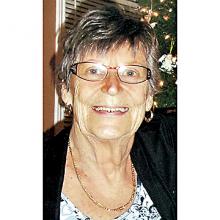 
Our family mourns the sudden death of Delia 'Del' Kjartanson, at the age of 90 years. She died peacefully at her daughter's home, where she lived for the past two years.
She is lovingly remembered by her son Dwight Kjartanson (Carmelina) and her daughter Karen Reimer (Rob). She also leaves to mourn her passing, and is forever loved by her granddaughters, Alexandra, Nicole, Andrea, and many friends and extended family.
Del was traumatically predeceased by her beloved granddaughter Jordyn Danielle Reimer on May 1, 2022. Del was also predeceased by her beloved parents Lily and Franklin Stewart Carrick and her husband Norman Sigurd Kjartanson. Delia passed away on June 16, the day that would have been Del and Norman's sixty-sixth wedding anniversary.
Del grew up and attended school in Transcona and later pursued post-secondary education at Red River College. She met Norman, the love of her life, and they married in 1956. They bought their first home in Windsor Park where they raised their two children. Del began her working career as a key-punch operator at Wawanesa and Great West Life in the 1950s to the early 60s. Upon the birth of her son in 1962 she remained a stay-at-home mom while her children were young. In the early 70s she returned to the workforce where she worked for Revenue Canada seasonally. In 1974, Del found her 'dream job' as a Librarian working at Beliveau Junior High School and eventually retired from Nordale School in 1997 at the age of 65.
Del loved her children and grandchildren immensely. She was a huge animal lover and spoiled her adored cats Ginger, Pepper and Poppy over the years. Del was also an amazing artist and sketched beautiful pictures and paintings and loved to create beautiful stained-glass art. She had many passions including reading novels, doing the daily crossword puzzles and growing plants and flowers that she lavishly decorated her home and cottage with. She was an avid traveler and had traveled to six of the seven continents with only Australia still left to see. She also enjoyed short bus trips to various casinos with her friends.
Besides love for her family and travelling, her passion also includes the legacy of the cottage at Brereton Lake in the Whiteshell. She beamed when she told everyone that her father had built it when she was nine years old. Grandma Del, as she was affectionately known, spent the summer months with her family and friends, enjoying the spectacular lakefront view. Although she was fiercely independent, she will also be remembered for her grace, humor, kindness and zest for life. Her family and friends will cherish many fond memories of Del being the centre of everyone meeting at the dock for a lot of conversation, fun, laughs, food and drink. She will be deeply missed.
As per Del's wishes, there will be no formal service. Those who would like to make a donation in Delia's memory may do so to the Winnipeg Humane Society or to any charity of their choosing. Later this summer, her family and friends will raise a glass to her memory in a celebration of life at Brereton Lake, where she was her happiest.
This obituary can be viewed online at ejcoutu.ca, where friends and family are welcome to share stories and sign the online book of condolences.