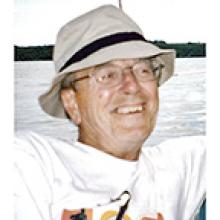 
Peacefully, with his wife holding his hand, Dale passed away at the age of 79 after a long battle with dementia.
He leaves to remember all the good times, his wife of 45 years, Jo-Anne; daughters, Jennifer Nazimek (Benji Klassen) and Jaclyn Koenig (Kevin); grandchildren, Carter, Natalie, Lyla and Ryan; sister Tanis (Garry) Bannister; brother Joel (Sandra); as well as sister-in-law Jeanette Ediger. Dale was predeceased by his parents, Albert and Lena; sister Sharon; and son-in-law Jeff Nazimek.
Dale grew up in Winnipeg and spent his summers at the family cottage in Whytewold. After marrying Jo-Anne they built their home in St. Andrews where they lived for 37 years. He spent the majority of his working life as a service technician in the graphic arts field, travelling across Canada from coast to coast, and to the United States and Germany for courses in the rapidly changing industry. A real handyman, Dale was always ready and willing to help his neighbours and friends. Although he had many different hobbies, he loved rescuing things in need of repair, be it campers, sailboats, or his daughters' cars when they were young. Wooden sleighs and toys he made for the grandkids were the envy of their friends. Summers were spent camping with his young family and culminated in a road trip to New Zealand with his wife. A lifelong dream of his was to have a sailboat, and for 10 years he enjoyed weekends at Pelican Lake sailing in the boats he restored.
Thank you does not convey the appreciation the family has for the excellent care Dale received for six years from the staff at East-Gate Lodge in Beausejour.
Cremation has taken place, and a private family interment will be held at a later date.