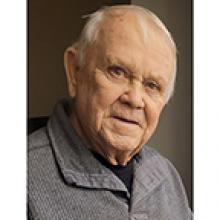 
With his loving family at his bedside Kenneth John Hewat peacefully passed away on June 3, 2022, at Saint Boniface Hospital.
He is predeceased by his wife Gloria Hewat; father Charles Henry Hewat; mother Laura Hewat (LaBelle); sister-in-law Nettie; and numerous aunts, uncles, and cousins.
Ken will be missed by his children Michael (Kelly), Gwen (Steve), Mandy; his grandchildren, Nikaela (Chris), Carter, Terrace (Kayla) and Taylor. Also mourning his passing are his brothers, Wilfred (Janice), Ronald (Colleen); sister Barbara (Gord); brother-in-law Arnold (Carol); sister-in-law Debbie; and numerous aunts, uncles, nephews, nieces, cousins, and friends.
Ken was born in Wells, BC, to Harry and Laura Hewat. On September 3, 1966 he wed Gloria Kruk and they were married for 55 years. They started their life off in Revelstoke, BC where they had their first child (Michael). The stay in Revelstoke was short though, they then moved to Thompson, MB where they had their second child (Gwen). They lived in Thompson for five years and then moved to Winnipeg, MB, where they settled and had their third child (Amanda).
Growing up in Kaslo, BC, Ken enjoyed playing baseball as a child and was also in a band. Ken started work as a miner with his dad in Revelstoke, BC and later at Inco in Thompson, MB where he met Gloria. Living in Winnipeg he worked as a truck driver and later in life he started his own trucking company and retired at 72. He and Gloria made many trips to BC to visit family on the coast or in the Kootenays.
Ken loved to golf with his friends and his wife. He will always be remembered as a hard-working provider for his family; a man that will help a friend out. He liked to joke around with his grandchildren and friends of his kids. He also liked to tinker and build things out of nothing and spent many hours in his work shed. Up until his passing he was on the roof fixing something with his neighbour.


We will truly miss you Dad.


KLASSEN FUNERAL HOME
204-338-0331
Condolences may be sent to
www.klassenfuneralhome