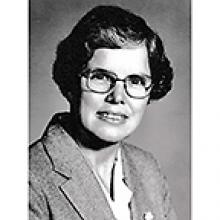 
The family of Shirley Loewen is deeply saddened to announce her passing at the Riverview Health Centre Palliative Care Unit on Wednesday, June 22, 2022.
Shirley's intelligence, judgement and beautiful personality led to a life full of experiences. She was loved by all with whom she made contact.
Shirley leaves behind her husband William Loewen; her children, Howard (Anne), Ann, Louise, Peter (Joanne)and Jennifer; her grandchildren, Zona (Casey), Ayda (Nikita), Hannah, Emma (Jason), Amy, Miles, Felicitas, Justine (Bryce), Marcel and Stephan; great-grandchildren, Joshua and Nola; other important family members, Shane, Tracey, Katharina, and Brenda; her sister Nellie; and her brothers, Art, Wayne (Frankie), and Ron. Shirley was predeceased by her sisters, Eva and Marie; sisters-in-law, Alice, Willa, Penny, Arlene, Win, and Celine; and brothers-in-law, Jim, Richard, Keith and Bob.
Shirley Elizabeth Loewen (née Perret) was born in Invermay, Saskatchewan on Winter Solstice, December 21, 1936. She grew up first on a rural farm in the challenging circumstances of drought and the Great Depression. In her early teens, Shirley's father passed away from the effects of the First World War mustard gas, leaving her mother Zona to raise eight children on limited means.
A move took them from the farm into town where Zona could support her family washing clothes by hand.
In her childhood, Shirley suffered a farm injury after being kicked in the head by a work horse. She later joked that the horse "kicked some sense into her" but left her with a permanent horseshoe scar on the top of her head. Shirley excelled academically and graduated from high school at age 16. Too young to enter nursing training, she worked in the local bank until she was accepted in the nursing program at Saskatoon City Hospital. While there, she met Bill Loewen who would become her lifelong love, business, and political sparring partner. Their first meeting was on the Summer Solstice, 66 years prior to her death. After their marriage in 1958, they lived in Edmonton where she nursed at City Hospital until the arrival of her first child in 1961. In 1965, the family moved to Winnipeg where she lived for the rest of her life.
She was known as a great neighbour in the St. Norbert community responding to issues as they arose. When it became apparent that Pembina Highway was becoming increasingly dangerous for school children, while lobbying for traffic lights, she organized a crossing guard program, taking many shifts herself. She was naturally environmentally-minded and protected the river bottom forests of St. Norbert numerous times. During the 80s, Shirley sponsored two brothers from Vietnam who lived with the family while they settled in to life in Canada. More recently, she sponsored two sisters from Ethiopia, Lily and Martha Tibebe.
She was devoted to public education and held many positions often simultaneously: School Trustee and the first female Chair of the Seine River School Division, Chair of the Manitoba chapter of Canadian Parents for French, Board Member of the Association of School Trustees, and Chair of the Provincial Public School Finance Board. In the 1970s, bilingualism became a political issue. She and other colleagues travelled around the province explaining how bilingual schools could be established for parents who wanted their children to learn both French and English. Under the banner of Canadian Parents for French they created what became the French Immersion program throughout Manitoba. Her three terms as School Trustee saw the formation of the Division Scolaire Franco-Manitobaine and the first all-Français school built in St. Norbert, Ecole Noël-Ritchot, as had been enshrined in the Manitoba Act passed more than one hundred years earlier.
Shirley was equally active in the business community as a director of Comcheq Services Limited and Telpay Incorporated. As the companies grew exponentially, Shirley created a sponsorship program to financially support arts and social service organizations across Canada. Shirley never shied away from controversial art and community needs, work that resulted in many awards.
Her love of music led her to work diligently for many years as chair of the Women's Committee of the Winnipeg Symphony Orchestra. She was a founder of and significant donor to the St. Norbert Arts Centre where she was Board Chair for many critical years of its growth. She sat on other community committees and boards such as Heritage St. Norbert and the St. Norbert Foundation. In her later years, she managed the WH and SE Loewen Foundation that has quietly sponsored many individual artists, arts and social service organizations often listing the contributions as anonymous.
Shortly prior to her death, she established a scholarship for Indigenous students entering the nursing program at Red River College.
An avid reader and a lifelong learner, Shirley continued to take university classes as a mature student in history, English literature, and geography. There wasn't a political position she shied away from discussing with intelligence and careful thought. Shirley was active in the Liberal Party for a time and later was a co-founder of the fledgling anti-free trade National Party of Canada, running as its most successful candidate in 1994.
Most of all, Shirley rejoiced in the time spent with her grandchildren, acting as a back-up parent and maintaining the family home as a drop-in meeting place for all. Despite the difficulties that kept families apart during the pandemic, she was graced with two great-grandchildren who became her greatest joy in her last months. Her dedication to family, especially her beloved children, grandchildren, and great-grandchildren, is felt throughout the extended family and into the community.
The family would like to thank the excellent staff at the Riverview Health Centre Palliative Care Unit for their care and support in Shirley's last days.
In lieu of flowers, a donation can be made to the Winnipeg Symphony Orchestra or the St. Norbert Arts Centre.
A Celebration of Life will be held at a later date.