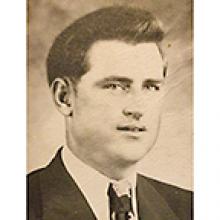 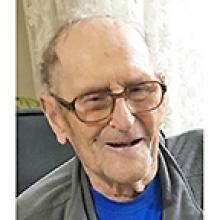 
Peacefully, on June 21, 2022 at the Arborg Hospital, our dear dad, Anthony Fuz of Poplarfield has been reunited with his beloved wife, Dorothy, whom he missed every minute of every day.
He will be greatly missed by his daughters Virginia (Donald), Bonnie, and his son Gordie (Darlene). He was extremely proud of his grandchildren; Brad, Amanda, Amber, Chelsea (Chris), Melissa (Trevor), Tyler (Sydney), and Devon (Andrea). He also had twelve great-grandchildren whom he loved dearly; Shailynn (Cameron), Kelson, Bryce, Jaxson, Dane, Ember, Dakota, Sylas, Liv, Harlow, Nova and Crew. He was also so excited and proud of his first great-great -grandchild Clara. Tony is survived by his sister, Joyce.
He was predeceased by his wife, Dorothy in 2017, his parents John and Justine, son in-law Bruce, sisters, Pearl, Mary, Anne, Marge, brothers Steve and Mike.
Dad was a homeboy and felt no need to go afar on any trips or holidays. He was content to do his touring from a golf cart. Dad was a farmer at heart and raised cattle, turkeys, and a little crop. He loved his cows and until recently liked taking a ride on his golf cart to watch them.
He also did some carpentry work in his younger years. He helped build many houses and did home renovations in the area.
Dad had a love for Ukrainian music. He played a few instruments but his favorite was the accordion. He was in a local band, MTOJ for several years playing at socials and weddings.
We loved Dad and had great respect for him. We will miss him dearly, but take comfort that he is with Mom once again.
A big thank you to all of the homecare workers, that have helped dad the last few years.
At his request cremation has taken place and a private graveside family service will be held at a later date.