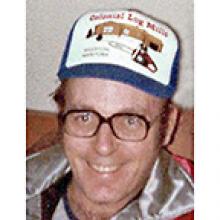 
Kenneth MacPherson Hall (born April 27, 1944), passed away peacefully at the Lion's Manor Personal Care home on June 20, 2022.
Ken was born and raised in Regina, SK. His father, John was an executive in the CP Rail and their family travelled throughout Canada during his childhood. Ken settled down and spent most of his adult life in Winnipeg, Manitoba, where he attended Churchill High School.
He married Aruna (nee Chelamkuri) Hall on August 11, 1972 and they had three children, Tracy (nee Hall) Bellanca (Lou), Trisha (nee Hall) Winquist (Jayson) and John Hall. Ken has six wonderful grandchildren, Addison, Dominic Bellanca; Caitlin Foley, Rylee Winquist and Taryn, Nolan Hall, growing up and thriving in West Bloomfield, Michigan, Sioux City, Iowa and Winnipeg, Manitoba, respectively. He is predeceased by his parents, John and Kathleen Hall and is survived by his sister Jacqueline Brickey.
In 2013, Ken was diagnosed with dementia and spent his remaining years in the compassionate care of Lion's Manor in Winnipeg. While he did not recognize his family any longer, he surely would have been proud of the fine people his children have become and the charming grandchildren who followed them.
A Memorial Service will be planned at a future date.
In lieu of flowers, donations can be made to Lions Manor or the Grace Hospital Foundation.
The family requests that friends visit Kenneth Hall's tribute wall at www.bardal.ca where condolences, photos and stories may be placed for all to see.