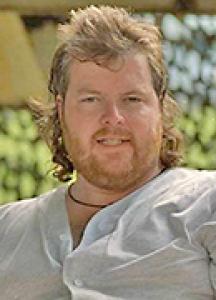 TRIPP: Graeham or Youppi was born on January 20, 1962 in Killarney, Manitoba and raised in southwest Manitoba in the small town of Ninga, MB. His parents Peggy and Everett provided him with two older brothers Bruce and Calvin to share many adventures and some misadventures in those early days on the farm. Youppi even at an early age seemed destined to be either to be farming or working within the farming industry, he was always helping around the farm and interested in tinkering with equipment. Graeham started out in the small two room school in Ninga, he finished highschool in Boissevain when next he moved to secondary education at U of M and later at ACC eventually returning to the Ninga with some new ideas on farming to share with Mom and Dad and the nickname that stuck with him for decades. Youppi worked for different people throughout the area over the next few years as well as tending on his own farm. It was not always work for him though, he was able to take up some baseball playing with the Black Knights on different league nights and weekend tournaments and somewhere found time to clean out the loft for his famous "Youppi's Barn n' Thrill" party's. Graeham was also a fan of NASCAR, country music, Marvin the Martian, photography, DIY projects, cooking and was never at a loss for a quick 1 liner. The squint of his eyes or that little curl in his smile was a "tell" that some mischief was afoot, like all the years they fertilised some unknown border crossing employee's lawn so he had to mow it two to three times a week. I have to think one of his favourite pastimes were those adventures he had with his two nieces as they grew up, so did their stories of adventures with Uncle Youppi. I don't recall how many times we heard about Syd knocking over the shed with Uncle Youppi's truck. While he never had a "family of his own" he did in reality have a VERY large family. Graeham died on June 23, 2022 at his residence in Ninga, Manitoba at the age of 60. He is lovingly remembered by his brothers Bruce and Calvin, nieces Nikki and Sydney (Grant) and great-niece Hazel. Family and friends are invited to a Tripp-style memorial bonfire at 6:00 pm on Saturday, August 13, 2022 at the farm. Please bring your own chair and drinks. Donations in memory of Youppi may be made to the Manitoba Farm and Rural Support Services Unit 1 217-10th St. Brandon, Manitoba R7A 4E9. Messages of condolence may be made online at www.wheatlandfs.com.