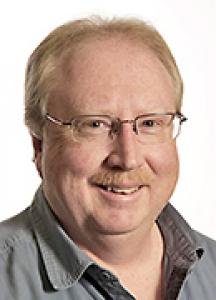 KOZAK: It is with profound sadness and heartbreak that I announce the passing of Wayne on July 4th 2022. After a brief stay in the hospital Wayne was brought home to live out his last days. Wayne was born in Tisdale, SK on June 19th 1961 to Alex and Amy Kozak. He grew up in Prairie River and Hudson Bay, SK until his family purchased the South End Hotel in Minnedosa, MB. He would complete his last couple years of high school graduating from Minnedosa Collegiate. Wayne moved to Campbell River, BC where he worked in sales for a photocopy machine company briefly and then headed to Calgary to attend the broadcasting school at Columbia Academy of Radio, Television and Recording Arts. Once he finished school, he moved back to Minnedosa due to the ailing health of his dad and to be closer to family. He secured a job as a radio announcer at CKLQ where he was employed for 34 years. Wayne had various interest over the years which included obtaining his private pilot's licence at the Brandon Flying Club, dabbling in photography, hunting moose in the Duck Mountains and his beloved Saskatchewan Roughriders to name a few. Wayne had a special place in his heart for family and the tiny town of Prairie River, SK where he called "Home" and would go for visits a couple of times a year. A prairie boy at heart he enjoyed nature and his and Sandy's four pets. He was also an amazing cook and loved trying new recipes. Wayne was very proud of his Ukrainian heritage and we celebrated each Christmas with traditional foods and each fall making upwards of 80 quarts of Borscht to eat and share with family and friends. Recently he became a proud supporter of the fundraising efforts for the people of Ukraine and followed the war quite closely. Wayne was pre-deceased by his parents Alex and Amy (Feist) Kozak and only sibling Mervin Kozak. Left to mourn his passing is his partner Sandy Opruk, her three daughters and their families; Daphne Merke-Opruk (John Charles) and their son Emmett, Carissa (Cody) Huyghe and their children Grady and Cassidy, Talise Merke (Cory Jury), aunts, uncles, numerous cousins and Sandy's extended family. He will also be missed by the afternoon "Legion" crew, his CKLQ family and numerous friends from near and far. Wayne was a quiet gentle man who wore his heart on his sleeve. He loved to just take in his surroundings and was grateful for everyday. He loved deeply and wasn't afraid to show it. Funeral Service will take place on Monday, July 11, 2022 at 1:00 p.m. at the Minnedosa Community Conference Centre, Minnedosa, MB with interment to follow in the Minnedosa Cemetery. Memorial donations may be made to the Royal Canadian Legion Branch #138, Box 595 Minnedosa, MB R0J 1E0. "Once Lived a man who got all he ever wanted", Ty Herndon lyric (A lyric often quoted by Wayne as to how he wanted to be remembered).