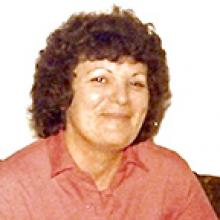 
The family of Elizabeth Carruthers announce her passing on Sunday, June 26, 2022 at Deer Lodge Centre at the age of 83 years.
Elizabeth is survived by her daughter Karen (Murray) Lamoureux, son Michael (Tracy) Alcock, and son John Alcock. She is also survived by eight grandchildren and five great-grandchildren.
She was predeceased by her husband Roy Carruthers, daughter Kathy Berard, son-in-law Guy Berard, father Leslie Simmons and mother Dorothy Simmons.
As per Elizabeth's request, there will not be a formal service.