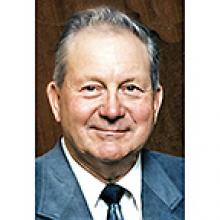 
In loving memory of Ernest Alan Taylor who passed away on June 23, 2022, three days before his 95th birthday, due to complications resulting from a fall.
Alan was predeceased in 2013 by his beloved wife of 58 years, Audrey (Fallis) and his eldest son Ron in 1982; his son-in-law Royden Richardson (2013); his sister Lois (2017); and his niece Sherry Hobson (2016).
He will be deeply missed by his children: Beverley Richardson, Barbara Taylor, Linda Parker (Bill), and Perry Taylor (Carol Oliver); and his nine grandchildren and 13 great-grandchildren: Ronald Richardson (Emily Spooner) and children, Rose, Theodore and Maeve; Bryden Richardson (Rebecca Sykes) and children, Roper and Henry; Quinn Richardson (Robyn Peever) and children, Harper, Emberly and Atlas; Kaley Tallon (James Burton) and children, Islay and Hannah; Brittany Tallon (Wade Morrison) and her daughter Madison; William Parker (Katie) and children, Grayson and Charlie; Jessica Parker; Evan Taylor; and Alyssa Taylor. He also leaves to mourn his brother Bill (Dawn Montgomery), nieces, Pamela (Dean) Meyers and children, Adam and Kristen, and Shelley (Lance) Purvis and her children, Brittany and Ashley; nephew Kent (Lisa) LaCroix and family; as well as friends and neighbours at Devonshire House II.
Eldest son of Evelyn and Dean Taylor, Alan was born on the family farm in the Mill Creek area near Fortier, MB. He graduated from Mill Creek School in 1945 and relocated to Winnipeg, beginning a career with Imperial Oil when their refinery opened in 1951. He spent his first three years as an oil processor, then transferred to the Instrument Department until the refinery closed in 1975. He continued on as an Instrument Technician with Winnipeg Pipeline Co. Ltd. until retiring in 1986.
In 1952 Alan met rural school teacher Audrey Fallis at a dance in Oakville, MB. They dated on weekends and married two years later. In 1960, he and Audrey built their family home in the RM of East St. Paul, where they raised their five children and resided until 2011, when they moved to independent living.
Alan and Audrey were actively involved in their local community, enjoying many hobbies together: curling, ballroom and square dancing, travelling, a cottage at West Hawk Lake and later, RV trips. They both loved snowmobiling and in 1968, were two of the founding members of the Spring Hill Trailblazers snowmobile club. A talented and inventive man, Alan hand built his first snowmobile, which was placed in a museum in the US. In addition to skills in mechanics and electronics, Alan was an accomplished craftsman, spending countless hours in his woodworking shop creating many cherished objects for his kids and grandkids.
When Audrey passed away in 2013, Alan adjusted to life on his own at Devonshire House. He enjoyed the indoor weekly activities and outdoor trail rides on his three-wheel bicycle (until his 93rd year) and his mobility scooter. His kids all raised an eyebrow when he upgraded to a more powerful scooter to outpace his riding buddies! His keen sense of humour remained, even during his final days in hospital.
A private family memorial service will be held to celebrate Alan's life. In Taylor tradition, a bagpiper will honour Alan with Amazing Grace as his ashes are laid to rest beside Audrey and their piper son, Ron.