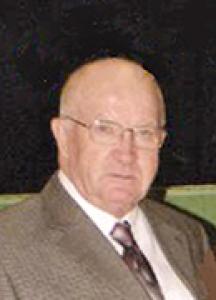 McMURRAY: James Richard (Jim/JR) McMurray passed away peacefully at Neepawa Health Center on July 9, 2022, with family by his side. He was born on Nov. 9, 1933 at Piney, MB, although he always used to claim he was born in a haystack near Piney. Jim is survived by his loving wife of 66 years, Effie. He will be lovingly remembered by his daughters: Cathy Ford (Angus) of Neepawa; Deanna Nicholson (Pat) of Brandon; and his son Rick McMurray (Maria) of St. Andrews, MB. He enjoyed his many grandchildren: Ryan (Corrie), Kyle, Aydra (Jesse), Adam (Katherine), Jaella (Josh), Scott (Patricia), Mitah, Hayley (Reagan), Quinn (Wade). Left behind to hear stories of Grandpa Jim are his great-grandchildren: Stella, Rapunzel, Bowen, Valor, Arianna, Jacob, Wesley, Elle and Maya. He came from a very large family of 17 and leaves behind four sisters; Shirley, Pat, Linda and Carol. Jim was predeceased by his infant daughter Diane; great-grandson Zdeno; parents Harold and Edna; sisters Dorothy and Lorraine; brothers Lorne, Gordon, Wayne, Alan, Don and Bill, as well as siblings who passed while very young. Jim spent most of his working years in the agricultural industry in Napinka, Hartney and Neepawa, after working on the railroad and running the Napinka Co-op. He enjoyed his semiretirement with janitorial duties at different locations in Neepawa (He kept the Neepawa Court House and the Masonic Temple in top shape for several years). He also enjoyed looking after the Osborne Units and their tenants for many years. He had many great stories of chatting with the residents and was mail delivery person for a few of them. Jim and Effie enjoyed curling in their younger years and following it on -TV in later years. He also enjoyed watching the Blue Jays. He was active in coaching baseball in the 1970's when Rick played. They spent many years buying and renovating homes for rental and resale. Jim spent many happy years tending to his horses at the Cameron farm and followed the escapades of his three brothers and one nephew on the Chuck wagon/chariot circuit. In later years Jim enjoyed floor shuffling at Prairie Oasis in Brandon and loved spending time with his family. Always quick with a sarcastic joke, Jim never missed an opportunity to slip one in, even up to the day before his passing. Jim's calm and quiet demeanour will be greatly missed and always remembered by family and friends. Flowers are gratefully declined. If so desired, a memorial donation can be made to CancerCare Manitoba or the Canadian Mental Health Assoc., Brandon. As per Jim's request, a private graveside service will be held in Neepawa. White's Funeral Home, Neepawa, is in charge of arrangements.