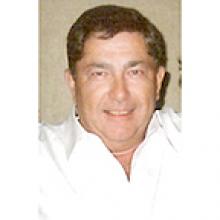 Peacefully, with his family by his side and after a courageous battle with cancer, Wayne, aged 74 years, beloved husband, father, grandfather, brother, uncle, cousin and friend, passed on Monday, July 18, 2022 at the Selkirk Regional Health Centre.
Wayne was predeceased by his loving wife Beverley Mackelson, parents, Walter and Muriel Mackelson, brothers, Reid and Larry, sister Bev, brother-in-law Terry and nephew Jordan.
Wayne is survived by his children, Kim (Kerry), Wayne Jr. (Tarra) and grandchildren, Dylan (Emily) and Jessie. He is also survived by his brothers, Daryl, Ray (Holly), sisters, Joy (Bob), Karen, Kay (Gord), Wanda (Brian), Kelly (Barry) and many brothers- and sisters-in-law, nieces, nephews and great-nieces and -nephews.
Wayne was born and raised in Grand Marais, Manitoba and moved to Winnipeg at 18. He had a 46 year career in the trucking industry which started with him working with his father at R C Owens. He later worked his way up to Eastern Operations Manager of Tri-Line Freight Systems before going out on his own with partners to form Ger-ed Transport Ltd. and selling the business and retiring in 2010. He coached his children in their baseball and hockey teams and was an avid curler and golfer, enjoying many curling bonspiels, golf tournaments and softball tournaments. He volunteered, along with his wife, at many functions in the community at Victoria Beach and at their winter home in Texas. Wayne also enjoyed boating and playing cards with family and friends.
After 42 years in Winnipeg, Wayne and Bev moved to Albert Beach in 2011. His family and friends were most important to him.
Wayne's family would like to thank Dr. McKay, Dr. Lipschitz (Karen and Liz), Dr. Srinathan, Dr. Goldenberg (Eva), Dr. Bsouty, Dr. Lindenschmidt, Dr. Demsas, CancerCare Selkirk (Debbie, Ashley, Michelle, Amy and Lisa), Radiation Department, nurses, and health care aides at CancerCare Health Sciences Centre, along with the doctors, nurses and health care aides at Selkirk Regional Health Centre for their care and compassion.
Wayne will be deeply missed by his family, friends, and community.
Cremation has taken place and a celebration of his life will be held Friday, July 29, 2022 at the Victoria Beach Sports Club, 65 Arthur Rd. Doors open at 1:00 p.m., service will begin at 2:00 p.m. with lunch to follow. A private graveside service will be held in the future.
In lieu of flowers, donations can be made in Wayne's name to CancerCare Manitoba as per Wayne's wishes.