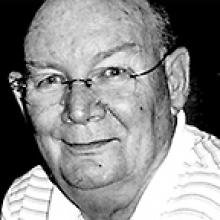 
It is with great sadness that we announce the passing of Gerald (Jerry) William Hildebrand on the afternoon of July 11, 2022. At 78 years old, Jerry fought a courageous six-month battle with cancer with family at his side.
He was predeceased by his parents, William (Bill) and Hilda Hildebrand; and his brother Ronald Hildebrand of British Columbia.
Jerry leaves behind his loving wife of 58 years, Mary; and three children, Kathy (Kevin, Nic, Carly, and Tom), Kris (Cori, Adam, Sara, Tyler, and Tristan) and Keli (Tim, Jenna and Kaylee). He also leaves behind his grandchildren and great-grandchildren. He has one surviving brother Doug (Maureen) Hildebrand.
Jerry was born in Regina, SK on November 28, 1943 and as a young child, he became interested in any and all sports. He had a passion baseball in particular in his youth which culminated to a pitching prospect for the Houston Astros. Jerry played several other sports like hockey and curling but focus turned to coaching basketball and playing golf in his adult life.
Jerry left Regina after high school to attend University of Manitoba where he met the love of his life, Mary in a class and the rest was history. They soon married in 1964 and welcomed their three children, Kathy, Kris and Keli, into their lives.
Jerry's true passions were teaching and coaching. He was a master teacher in math and enjoyed a 34-year career teaching and coaching in Fort Gary, now Pembina Trails School Division. Jerry felt it a privilege to be a part of the lives of young students trying to make a difference in any way he could. He had a truly positive influence with so many students and people throughout his life, spending many hours working evenings and weekends sharing himself in a gymnasium or tutoring anyone who asked.
Above all, family is what mattered most to him. Jerry was Mary's knight in shining armor whose love grew stronger each year throughout their marriage. He was a genuine hero/mentor to all of his kids and grandkids. Jerry's legacy is the next generation he leaves behind, his example and memory of an incredibly intelligent, humble, hardworking, patient man who demonstrated integrity in everything he did and gave so much of himself to us all.
Our thanks to all the staff at CancerCare, and in particular, the Palliative Care Program. They helped to support Dad's desire to remain at home for as long as possible as well as providing outstanding care and comfort in his last days in the hospital.
The family also thanks Dale and Heather Bradshaw for decades of friendship and sports comradery. You meant so much to Dad.
In lieu of flowers, please consider a donation to a charity of your choice in Dad's name.