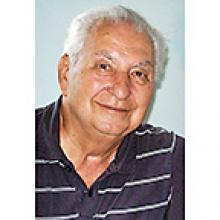 It is with incredible sadness that we mark the passing of Peter John Polson on July 18, 2022 following complications surrounding a recent stroke.
Peter was predeceased by his beloved wife, Charlene Margaret (Morrison) Polson, brother Bill ("Hunchy"), sister Della, and brothers-in-law Billy Appler and Donald Fedoruk. He is survived by daughter Laurel (David Yeo), son Kevin, and his precious granddaughter Jacynthe. Also left to mourn his passing are siblings, Danny Polson, Emily Funk, Jennie Brown, Olga Fedoruk, Jerry Polson (Louise), John Polson (Cathy), and many nephews and nieces.
Peter was born on September 6, 1936 in Winnipeg. A large family of nine children living on Dufferin Avenue, Peter's mother Mary was left to care for them after the death of his father, Joseph, in 1949. From a young age, Peter and his brothers and sisters worked hard, learned responsibility and the importance of strong family ties and of helping one another, especially through scarcity and tough times. Those bonds endured for many decades to follow. It was through his youngest sister, Olga, that Peter was first introduced to Charlene, and each quickly realized that they were truly meant to share a life. They married on May 16, 1959 and would spend the next 55 years together. Many happy family memories were created at the cottage at Grand Marais, Christmas Eve gatherings on Redwood Avenue, and barbeques on Bachman Bay. Food, drink and laughter were in abundance on these occasions!
Peter worked as a clerk at CPR for 17 years until 1969. It was then that he decided to return to school, completed his GED, and was accepted into Red River College to study carpentry in 1971. Determined to support his wife and two young children, at age 37 Peter completed his studies and became a master at his craft. While driving around the city he would often point to buildings and bridges he helped to construct. He would go on to enjoy a successful career as a carpenter with Winnipeg School Division, including several years as Union president, until his retirement in 1997.
Generous and optimistic, Peter loved working with his hands and spending free time gardening and woodworking. Many family trips to Victoria, BC to visit Kevin were made, and upon Charlene's passing in 2014 he moved there for five years. Winnipeg was always home, though, and in 2020 he returned and was able to enjoy the company of family and his little pup Benny for the remaining months of his life. Husband, Dad, Grandpa, Brother, Uncle, Friend - Peter meant so much to so many and knowing him was an honour. Losing him is keenly felt.


We love and miss you, Dad, but
take comfort in knowing you are
together again with Mom.