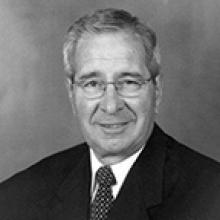 
Dr. Garland Everett Laliberte peacefully passed on July 30, 2022 in Winnipeg.
Born into a log home on the family farm in Shell River Municipality, his parents Joachim (Paul) and Verna Laliberte raised Garland alongside his sisters Marlene and Rena, to know the value of contributing hard work, and to make time for fun.
Garland's accelerated rate of hitting academic milestones is testament to his intelligence and work ethic. From Grand Narrows, then Sunny Slope, to the Governor General's Medal earned in graduating Goose Lake High at 15 years of age.
Garland started at the University of Manitoba, graduating at the age of 19 with a Bachelor of Science in Agricultural Engineering and then a Masters from University of Saskatchewan. His Doctor of Philosophy in Engineering was from Colorado State University.
Garland's first job as an engineer took him to Alberta, where he met and married Audry Whitlock, a teacher from Vauxhall. Their daughters, Tracy came along in 1962 and Marnie in 1968. After 38 years of marriage, Audry passed in 1997, with Garland lovingly caring for her through her battle with cancer.
The University of Manitoba was good to him. He was a professor then Head of the Department of Ag Engineering for 17 years, then appointed Dean of Engineering, remaining in that position until his retirement in 1996.
Throughout his career as an Engineer, Garland was recognized countless times by the professional and technical societies to which he contributed and provided leadership.
With the help of his parents, Garland farmed actively in the Roblin district. He was grateful for that sacrifice and the meaningful time farming together provided them. He said that his profession was engineering but his industry was agriculture.
Garland and Beverly Bailey were married in 1998. They split their time between winters in Florida at their condo, and summers in Winnipeg. They enjoyed their retirement travelling and visiting with friends and family.
Garland leaves behind a family who respected and loved him dearly, numerous friends he kept in touch with throughout the years, esteemed colleagues, hunting buddies, and many cherished memories of him telling tall tales and playing his fiddle wherever he could stir up an ad hoc jamboree.
A funeral service will be held at Chapel Lawn, 4000 Portage Avenue, on Saturday, August 6 at 2:00 p.m. The family welcomes you to join us in sharing memories and to honour Garland's life.