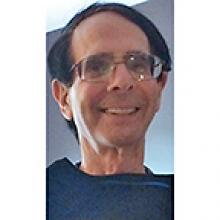 
Richard (Rick) Tessler, brother, father and husband, passed away suddenly July 13, 2022 in Cebu City, Philippines, where he lived for the past three years. With him was his wife Bel and children, Rhea and Cecil.
He is also survived by his brother Irv (Deborah) in California; son Marshall in Winnipeg with his wife Lori and son Zachary; daughter Tracey who lives in London, Ontario with children, Esther and Maya. He was predeceased by his sister Barbara Sotolov.
After receiving his B.A. and M.Ed RICK began a successful teaching career that lasted more than 50 years. He taught at schools in Winnipeg, British Columbia, China and the Philippines. Drama was his first love and he also taught many classes in English as a second language. Very dedicated to teaching, he managed to keep in touch with many of his former students. Since the announcement of his passing, many of his students have come forward with tributes talking about how much he influenced their lives.
His last few years in the Philippines with Bel and his new family were some of his happiest. Rick always marched to his own beat and pursued his dreams. He will be missed.
Children's entry: Dad always found a way to get people laughing. He never failed to find a cool adventure to go on and always made it his agenda to make it educational and interesting. Tracey and I will miss his puns, extreme dad jokes and immense and hilarious only fear of flying insects. He brought joy and light into every life he touched. His ability to find a song for every situation was amazing and inspiring. He will be missed.