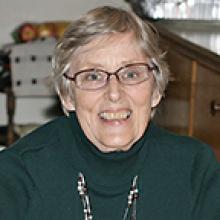 
Thursday July 28, just before noon we lost a wonderful, compassionate, trailblazer of a woman.
Beverley was born and lived most of her life in Winnipeg, where in 1957 she graduated from the St. Boniface School of Nursing as a registered nurse. Trained by the vigilant Grey Nuns she learned to endure long working hours and selflessness, which she applied to both her career and personal life. She later furthered her education by becoming a licensed Radiation Technician. Beverley served from November 1958 – February 1964 with the Royal Canadian Air Force Reserve medical unit. There were many fond memories of weekend fly ins to remote settlements with no access to medical care all over Manitoba, and as far north as Baffin Island. By 1960 she was stationed in Germany working at the 3-wing medical unit in Zweibruken.
She later moved to Vancouver, working at Vancouver General Hospital. In 1968 Beverley sacrificed her active lifestyle of sailing, skiing and her rewarding job at V.G.H. to move back to Winnipeg with her newborn daughter Jennifer. She devoted herself to being an amazing and loving mother while continuing her career as an emergency department nurse back at her old alumni hospital of St. Boniface. She later returned to treating patients at the Cancer Foundation of Manitoba radiation unit until her retirement in 1991. Not wanting to sit idle, Beverly took a job at the antique shop up the street, delving in to her love of anything antique.
In 2004, she moved back to Vancouver to help raise her beloved grandson Frank. She spent many hours making cakes and cookies with him, taking him to preschool and fun outings. Beverley loved travelling and visiting with friends and family. Her primary school spelling bee wins served her well as a scrabble partner who was hard to beat. She was a great family historian who related many anecdotes and stories of our family's past. If you didn't know how you were related to a cousin, Beverly could tell you exactly who your common ancestor was and how many second or third once removed cousins you were. She curated many family photos and letters dating back to the 1840s.
Beverley was predeceased by her parents Wilf and Hazel, and her brother Jim. She will be dearly missed by her daughter Jennifer (Chris), grandson Frank, many relatives and friends. Interment will be at a later date at Chapel Lawn in Winnipeg.