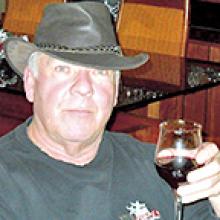 Peacefully with family by his side, it is with heavy hearts, we announce the passing of our Father, Grandfather, Brother, Uncle and Husband Donald Ian Cameron on July 30, 2022 at the age of 73 years. Born September 8, 1948 in Brandon, Manitoba.
Donald was pre-deceased by his father, Ian Cameron, mother, Eva Cameron as well as his brother Gordon Cameron of Winnipeg, Manitoba.
He will forever be missed by his soul mate, Engelina Ineke Cameron, brother Ken (Barbara) Cameron, (Nephews Curtis and David) sister in-law Cathy Cameron (Niece Kelly and Nephew Colin), son Kevin Cameron (Jolene), daughter Heather Wagner (Kyle) and step sons, Darrin Paley (Elizabeth), Tyzen Paley and Grant Paley (Laura). Also, his little princess, Amber.
Don was so very proud of all his grandchildren; Kayla Wagner, Saige Wagner, Kailyn Weibel, Jocelyn Cameron, Winter Paley and Reeves Paley. He had such a strong connection with all the kids and was known as Papa. His grandchildren will surely miss the Tik Tok videos he sent them, and emoji filled text messages.
Don was a long-term employee of Manitoba Hydro, where he worked across the province for 38 years. He retired at the age of 58 years. In his retirement years he spent many days with his grandchildren and loved telling them all kinds of stories about his childhood. He also bought a Road Trek and travelled across Canada and the United States many times. His Road Trek was his passion, and he loved every moment travelling. Don enjoyed many different sports such as baseball, hockey, and fishing. Don was not just a parent in the crowd when it came to sports. He coached all the kids at one time or another. Another passion he shared with the Cameron family was the Winnipeg Jets. He sure loved to debate the rights and wrongs of the game and management decisions. Don purchased a Cutter Boat and spent time on many different lakes in Manitoba. He didn't care if he caught anything, he was just happy to be sitting in the boat and relaxing on the water. Don's music of choice was Elvis. Whether it be at a social, a party or while travelling on the road, Don would belt out Elvis tunes like he was the one on stage. Believe it or not, he could sound like Elvis, and he knew every word to every song.
Our family would like to express our sincere thank you to the staff at St. Boniface Hospital on Ward 4E. They all gave Don (Donald as they called him) such special care.
Don's wishes were to have a private family service at Glen Lawn Cemetery.
And in Lieu of Flowers a donation may be made in Donald Cameron's memory to Diabetes Canada.

Family and friends may sign a book of condolence at www.glenlawn.ca.
Glen Lawn Funeral Home
204-982-7550