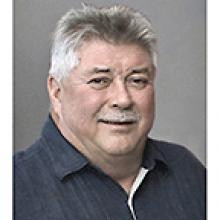 
Thomas Bryan Bueckert, age 70 of Niverville passed away peacefully, surrounded by family on Monday, August 1, 2022 at Bethesda Regional Health Centre, Steinbach, MB.
He is survived by his beloved wife Betty and their daughter Candice (Marcus), and grandkids, Taylor and Morgan; also son Keith (Danielle) and grandkids, Peter, Ellie and Paisley. He is also lovingly remembered by his sisters, Peggy, Irene and Louise (Michael Smith), and nieces Maeghan, Caitlyn, Amanda and nephew Carter. He was predeceased by his parents, Peter and Agatha, and brother-in-law Bob Heinrichs.
Tom was born in Winnipeg on February 16, 1952. He lived the majority of his life in Niverville, attending school and church as well as conducting business. In his younger years, he spent the summers working alongside his dad in construction. It's through this experience that he decided to join his dad and they started the company P&T Bueckert Construction. Tom was a very hard worker and his attention to detail and meticulous workmanship made him a talented carpenter and general contractor. He was also a very smart businessman and, for those reasons, P&T Bueckert Construction was a reputable and successful business in the community. Tom loved people, so over the years he formed many lasting relationships with his customers and sub trades.
Tom met Betty, the love of his life, and they were married on September 4, 1976. Tom and Betty were quite the team in life; running P&T Construction, raising their family and building multiple homes together. They shared a love of being on the water and spent much of their vacation time camping and boating in the Lac Du Bonnet area where they eventually retired in 2008.
At a young age, muscle cars became one of Tom's passions. He owned several over the years, but his pride and joy was a Pontiac Convertible GTO. His love of being on the water also meant that he owned a few boats, two of which he built himself. First a houseboat and then a pontoon boat. He loved fishing, old rock n' roll music and watching westerns. But mostly, he loved visiting with friends and family and always made people feel welcome in his home.
In 2016, Tom was diagnosed with esophagus cancer and underwent surgery, followed by intense chemo and radiation therapy. After this, he was never quite the same. His struggle to recover physically took a toll on his mental health and well-being. Although his family tried hard, they weren't able to get him the help he needed.
Tom loved his family deeply and was extremely proud of his children and their families. This is the legacy that he will be remembered for.
Celebration of Life will be held on Tuesday, August 9, 2022 at 10:00 a.m. at Birchwood Funeral Chapel at 162 PTH 52W Steinbach, MB.
If friends so desire, donations in memory of Tom can be made to a charity of your choice.
Special thanks to the staff at Bethesda Hospital for the care provided. Also a special thank you to all the friends and family who have reached out with words of love and encouragement.