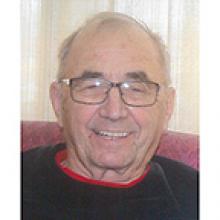 Peacefully on August 10, 2022, William (Bill) Halwachs passed away at 83 years old.
He is survived by his wife Hannah; son Brent; daughter Susanne (Barry); sister Josie; brothers Alfred (Gloria) and Craig (Martha); sisters-in-law Pat and Ida; grandchildren, great-grandchildren, nieces, and nephews. He is predeceased by his parents Joseph and Anne, daughter Joanne, daughter-in-law Corinne and brother Robert.
Bill was born in Sprague, Manitoba on December 17, 1938, to parents Joe and Anne. He married his beloved wife of 62 years, Hannah, on July 2, 1960. Bill worked various jobs throughout the years, from hauling wood to taking over the farm from his parents, to working for Manitoba Highways for the last part of his career. Even after retirement, Bill continued working. He worked at Selkirk Air and helped out at Selkirk Chrysler. Over the years he also became an avid lover of John Deere tractors and loved travelling with Hannah to Mazatlan in the winters.
A big thank you goes out to neighbours Rick and Brenda for all the help they gave Dad during the last couple of years and also to the staff at Selkirk Regional Health Centre.
In keeping with his wishes, cremation has taken place and a Memorial Service will be held on Thursday, August 18, 2022 at 11:00 a.m. in the Gilbart Funeral Chapel, 309 Eveline Street in Selkirk, Manitoba.
In lieu of flowers, donations can be made to CancerCare Manitoba.