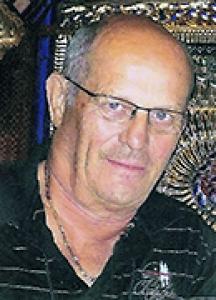 SHAW: Gill "Buck" Shaw (Sept 8, 1937 – July 27, 2022) was born and raised on a farm in Cardale, MB. Gill earned a Bachelor of Science/Agriculture Degree from the University of Manitoba and subsequently graduated from the University of Western Ontario with a Master's in Business Administration specializing in finance and marketing. Gill worked for many agricultural departments in the private and public sectors. In 1979, Gill set up an agriculture department for the CIBC Bank in Manitoba and was then asked to go into the international office located in Chicago. While there, he enjoyed the job and got into curling. His team won the Illinois playdown and represented the state at the National Championships in Alaska. They didn't win but had a good time. Returning to Canada, Gill worked for the Ontario Ministry of Agriculture and Food. Prior to retiring he returned to Manitoba and was appointed the Executive Director for the Manitoba Agricultural Credit Corporation (MACC). While in retirement he was appointed the Chairman of Farm Credit Canada (FCC). Gill is survived by his wife Marilyn; sons Robert (Louise), Dean (Lori), and Alan (Anna); granddaughters Mackenzie and Lauren; grandsons Vincent, Jeremy, Joey, Logan, Connor, Declan, and Cameron; sister Carol (Ted); brother John (Janet); and several nieces and nephews. Gill was predeceased by his parents Edmund and Joan Shaw; grandson Robin; sisters Judy, Noel, Linda; and brother Larry.