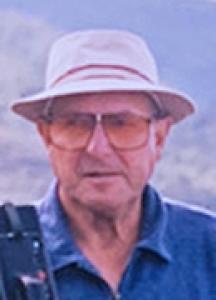 SNIDER: It is with heavy hearts that we announce the passing of Clifford Wallace Orville Snider on Sunday, August 7, 2022 at Dinsdale Personal Care Home. Dad was born in Carmen, MB on November 12, 1935 to Wallace and Matilda May Snider. Dad moved to Brandon at an early age and became a truck driver working for 7-up then Macarthur Trucking until an opportunity arose to work for Macey Foods as Warehouse/Freezer Manager until his retirement at 55 years of age. Dad met Zennia (nee Hilash) in 1956 and they were married July 19, 1958. Mom and Dad lost two infants, Joseph and Mary, before Dewayne arrived in 1960 and Darcy in 1962. Dad is survived by his wife of 64 years, Zennia; son Dewayne (Lori), grandson Ryan (Kilee) and great-grandchildren Skye, Lexiss and Evie, grandson Brett (Cassidy), granddaughter Macala (Dustin) and great-grandchildren Sawyer and Luke; son Darcy (Patty) and granddaughter Courtney (Chris) and great-grandchildren Jordyn and Ryker, grandson Tristan (Tess); and numerous nieces and nephews. He was predeceased by children Joseph and Mary; brothers Donald (Eiddwin) and Ernie (Anna); sisters Irene (Orville) Hockridge, Dorothy (Bill) Davis, Myrtle (Stan) Prosser and June (Ralph) Murphy. Dad was not happy until he had the nicest yard on the block; he looked after the weedless lawn and Mom oversaw the flower beds and garden. Mom and Dad spent most of their retirement camping, with trips to both coasts, until deciding to park seasonal at Pelican Shores Campground, where they made many friends. They loved being outside and spent almost every summer there, other than the odd trip home to cut the grass. In the winter months, they would spend most of their time in the gazebo or tinkering in the garage. Dad's health and driving abilities forced them to sell their trailer and ultimately staying home watching the Blue Jays and getting annoyed at Mom for watching curling. With Dad's health failing, he was moved to Dinsdale Personal Care Home in February of this year where he was given the care he needed. We would like to thank all of the nursing and support staff at Dinsdale for the incredible care they gave Dad. The family will cherish Dad's memory privately.

Expressions of sympathy may be made at www.memorieschapel.com.