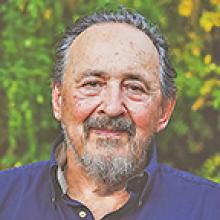 It is with heavy hearts that we announce the peaceful passing of Peter Donald Smith, with family by his side, on August 11, 2022 at the age of 78 years.
Peter will be greatly missed by his loving wife of 50 years, Gail and his three children and six grandchildren; Michael (Brenda) Smith and Alannah; Andrea (Brett) Perry and Levi, Scarlett and Georgia; Meghan Smith and Hudson and Emma, whom she shares with Steve. He is also survived by his brother Martin Smith; sisters-in-law, Sandra Smith and Margaret Ball; brother-in-law James Blair; nephew and nieces, numerous cousins, extended family and friends across Canada and England.
Peter was born in Cardiff, Wales to his parents, Leslie and Ruth. The family moved several times after the war and lived in Bristol for eight years before settling in Birmingham, with the West Midlands being his father's family origin. Growing up in England during his teen years, he was very active in the scouting movement, organizing scout camps and backpacking around the country. He also enjoyed playing rugby and cricket, socializing with his and his brother's friends and going to concerts and clubs. Peter began his teaching career in Birmingham and then subsequently ventured off into the world when he moved to Canada in 1968 to take a teaching assignment in Hudson Bay, Saskatchewan. The following year, he moved to Thompson, Manitoba where he was a special needs teacher at R.D. Parker Collegiate. While there, he proudly became a Canadian citizen and met his future wife Gail, whose heart he won with his English accent! They moved back to Winnipeg in 1974 and set out raising a family. The majority of his teaching career in Winnipeg occurred at St.Amant Centre and Glenlawn Collegiate. His passion and focus was always in special education and he was actively involved in the Council for Exceptional Children. He was very proud of completing his Master of Education degree in 1989.
Peter had many interests in his life. He continued his involvement in Scouts Canada with his son Michael's scout troop. He was very creative and loved art and music. He often was heard singing and playing piano, guitar and his vast collection of harmonicas. He enjoyed history and was very knowledgeable in art, books and antiques. Upon retirement, he turned this passion into a small buying and selling business. Peter had a wide circle of friends and looked forward to their get-togethers at various local pubs. In his last few years, he loved spending time outdoors sitting on his favourite bench in Henteleff Park, reading books and newspapers while smoking his pipe. He always enjoyed chatting with anyone that walked by. One of his gifts was his ability to converse with people, including ones he had just met and taking that opportunity to genuinely get to know them.
Family was very important to Peter. There were many family trips taken across the pond to England to visit his parents, brother and close friends, as well as many adventures together across Canada and the United States. Upon retirement, both he and Gail enjoyed travelling together. The trips he always talked about were to India, South Africa and, most recently, to Ireland and England. Peter was extremely proud of his children and their accomplishments. He took great delight in seeing his grandchildren for whom he often demonstrated the one and only sleight of hand magic trick he knew. Family gatherings were always something he looked forward to with a strong focus on tradition and making memories. During these special times, he thoroughly enjoyed a glass of Scotch whisky, having Bird's custard to accompany almost any dessert and being the life of the party! His absence will be felt deeply by all those who loved him.
We would like to thank the dedicated staff at St. Boniface Hospital and in particular the nurses on floor 5A, for the care and compassion they provided Peter and our family.
Cremation has taken place and a Celebration of Life will be held at St. Mark's Anglican Church, 19 St. Marks Place on Friday, September 23, 2022 at 10:30 a.m.
In lieu of flowers, donations may be made in memory of Peter to the Henteleff Park Foundation, or a charity of one's choice.