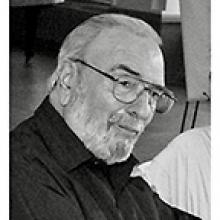 
The Honourable Charles N. Rubin passed away peacefully on July 31, 2022, at the Riverview Health Centre in Winnipeg, surrounded by his family, at the age of 89.
He was born October 23, 1932, in Fort William, Ontario, the son of Sam and Yhetta Rubin (nee Dodyk) who immigrated from Poland in the 1920s. He was predeceased by his parents, his brother Max (Blanche), and his sisters, Dorothy Levine (Morris "Moishe") and Loraina Rubin. He leaves behind his beloved wife of 57 years, Naida (nee Fingard); his children, Benee, Greg (Jenny), Laurie and Adam (Sarah); and his grandchildren, Brynn, Chelsea, Sydney, Robyn, Samantha, Jenna and Jeremy; and his niece Marcia Levine.
Chuck - as most called him, was raised in Fort William, ON and attended Fort William Collegiate graduating in 1951. He then attended the University of Manitoba and obtained a Bachelor of Arts in 1954 where he was elected Senior Stick. He went on to complete law school at the University of Manitoba where he graduated in 1955 and would commence a long and distinguished legal career. He joined the prestigious Winnipeg firm of Newman & MacLean where he became partner in 1967. In 1966, Chuck became a part-time judge for the northern communities in Manitoba. He would continue his busy Winnipeg practice while also working up north and on July 1, 1975, he was appointed as a full-time judge of the Provincial Court of Manitoba (Criminal Division). At the time of his retirement in 2007, he was the longest serving judge in the court's history having accumulated a combined 42 years as a presiding judge. Over the course of his legal career, which spanned over five decades, Chuck made an indelible mark on the law as a lawyer, mentor, lecturer and judge. While he was grounded in the law, he was driven by, and devoted to, justice. He served the legal profession and the province with the utmost dedication, integrity and loyalty.
He was enormously respected by defense counsel and crown attorneys alike in addition to his colleagues on the bench. He was universally regarded as a tough but fair jurist. He loved every minute of his life as a judge. Not because of his title or position but because he genuinely cared about everyone and he had an acute ability to deliver fair and balanced decisions. In true judicial fashion, he never gave an interview, discussed a case publicly or responded to any criticism. At the time of his retirement he left a legacy as an exceptionally fair, balanced and patient judge.
An active member of the community, Chuck was a past president of the Kinsman Club of Manitoba, the Shaarey Zedek Synagogue, the Provincial Judges Association of Manitoba and sat on numerous boards including the Society of Crippled Children and Adults of Manitoba, the Winnipeg Police Board and was Chairman of the Addictions Foundation of Manitoba and the Jewish Federation of Manitoba Endowment Book of Life. He was also actively involved in the formation of the Winnipeg Jazz Festival and volunteered with it for many years.
In the early 1960s Chuck met the love of his life, Naida, who was born and raised in Winnipeg. They went along to have a long and happy marriage where they raised their four kids and enjoyed their grandchildren. In the early 1980s their family expanded when Cliff (Wiebe) came to live with them as he pursued his post secondary education. Cliff went on to become a member of the family and to be cherished by Chuck and Naida as a son. Chuck and Naida were privileged to have a great and vast group of friends and throughout their life they travelled frequently and saw much of the globe together.
Prior to meeting Naida, Chuck built himself a little cottage along a unique property lining the shores of Lake Winnipeg. For decades the cottage at Sans Souci would be the family's playground. Whether it was tractor rides, boating or riding mini-bikes through the trails of the park in summer, or snowmobiling and cross country skiing across the frozen lake in the winter, cottage life provided a sanctuary for Chuck and his family. He loved nothing more than puttering around the cottage, enjoying time with family out there and with his many friends in the local community. An avid outdoorsman, he hunted frequently and never passed up an opportunity to fish.
He was a truly remarkable man. A model of integrity and modesty. The first in his family to attend university, he worked alongside with the brightest intellectuals in the province but in the end he really was a common man. He lived a full and beautiful life. He remarked that if he were to do it all over again, he wasn't sure how he would find the time.
He will be sorely missed by his friends and colleagues and always treasured by his family.
Heartfelt gratitude is extended to the Province of Manitoba Palliative Care program and their outstanding health care providers along with the incredible staff at Riverview Health Centre for their compassionate and dignified palliative care.
In lieu of flowers, donations to the Winnipeg Food Harvest in his honour, or to a charity of your choice, would be gratefully appreciated by the family.