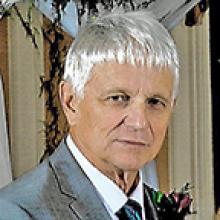 
Larry Coughlan was born July 17, 1943 in Richardville (Campbellton), New Brunswick. He was predeceased by his father David Joseph Coughlan, mother Evangeline Mary Coughlan (nee Lapointe) and younger brother Leonard Coughlan.
Left to mourn are his wife of 27 years, Paulette Faucher and his sister, Diane Cyr. His children, Peter (Lynn) and Debbie (Alex) and his step-children, Bev (Clarence), Lorraine (David), Daniel, Jo-Ann (Irving) and Scott. His grandchildren, Samantha, Alberine, Caroline, Emma, Jade, Hunter, Miranda, Serena and Noémie and great-grandchildren Isaiah and Anthony. Larry also leaves behind many friends and extended family.
Larry left home at a young age to make it on his own and he did. Having served a short time in the army, an accomplishment he was very proud of and later trained to become an electrician. He worked in this field for Goodman and Kojima Electric until his retirement. He became very good friends with Mickey Kojima the then owner of the company. Larry enjoyed alpine skiing until a back injury forced him to retire from both skiing and electrical. Larry then found golf. This was his joy. He looked forward to the warming temperatures every year so that he could golf as long as possible. He would golf until the first frost. Larry also enjoyed playing guitar, and was self-taught. His tone and style was that of a young Randy Travis.
Larry married Paulette in 1996 and together they were a force. They spent their earlier years together square dancing and skiing, then later on they started travelling, especially to Las Vegas which was a favourite of Larry's. They fostered numerous children together hoping to make a positive difference in their young lives.
Larry was diagnosed with prostate cancer in 2008 but was able to overcome the disease. Then in December 2019 was diagnosed with multiple myeloma and amyloidosis. After a short but well fought battle with this disease, Larry passed away peacefully with his wife, Paulette, and family by his side.
We will forever miss you Larry, husband, father, grandfather and friend.
A special thank you to Dr. Dao and oncology nurse Brittany Kasilov at CancerCare Manitoba and to Dr. Mysore at HSC renal clinic. To all the staff in the treatment rooms at CancerCare Manitoba, and to the kind and understanding people at MAiD.
In keeping with Larry's wishes, cremation has taken place. A graveside service will be held at L'Enfant-Jésus Roman Catholic Cemetery in Richer, Manitoba on Sunday, August 28, 2022 at 1:00 p.m., reception will follow at The Young at Hearts Club, 22 Dawson Rd. West, Richer, MB.
In lieu of flowers please donate to CancerCare Manitoba Foundation, 675 McDermot Ave, Winnipeg, MB R3E 0V9 (204) 787-2197 cancercarefdn.mb.ca.


It is with great sadness the family announces the peaceful passing of Larry Coughlan, surrounded by family, on Monday, August 22, 2022, at the age of 79 years.
In keeping with Larry's wishes, cremation has taken place. A graveside service will be held at L'Enfant-Jésus Roman Catholic Cemetery in Richer Manitoba on Sunday, August 28, 2022 at 1:00 p.m., reception will follow at The Young at Hearts Club 22 Dawson Rd. West, Richer, MB.
Longer obituary will follow in Saturday's edition.