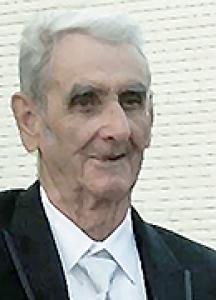 McLAREN: Duncan Wesley, of Baldur, MB. passed away at his residence on Friday August 19, 2022, at the age of 83 years. Duncan leaves his five children to mourn his passing; Cheri McLaren (Wade Heath) of Melita, MB, Trevor McLaren of Baldur, MB, Deborah McLaren (Earl Tario) of West Bay, NS, Denise (Brandon) Kurucz of Calgary, AB, and Kent (Juvy) McLaren of Calgary, AB; his four grandchildren Brooklyn, Scarlet, Hailee and Wesley; his sister-in-law Margaret McLaren of Killarney, MB, as well as numerous extended relatives and friends. Duncan was predeceased by his wife Bernice (nee Malyon), parents William and Doris McLaren, and brother Murray McLaren. A Private Burial was held on Thursday August 25, 2022 in the Argyle Cemetery, Baldur, MB. A Celebration of Duncan's life will take place at a later date in the fall of 2022. For friends that so desire, memorial donations can be made in Duncan's memory to the Argyle Cemetery Fund, c/o R.M. of Argyle, Box 40, Baldur, MB R0K 0B0, or to the Neelin Cemetery Fund, c/o Brian Cooper, Box 66, Cartwright, MB, R0K 0L0. Online condolences can be sent to the McLaren family by visiting www.willmorchapel.com.

Jamieson's Funeral Services of Glenboro-Holland in care of arrangements.