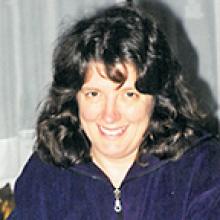 
Patricia Anne Guest passed away peacefully on August 21, 2022 with her family at her side.
Daughter of Herbert and Aileen Reynolds, granddaughter of the Rev. H.T. and Sadie Reynolds, and C.B. and Margaret Gill. Anne is survived by her children, Patrick, Anna May and Benson; husband Hal, brother Philip, sister Vicki and several nieces, nephews and cousins.
Anne was the light of our lives. She was a very kind, gentle and generous soul who lived those qualities in her roles as daughter, sister, wife, mother, aunt, advocate, scholar and educator. She spent her early years in northern Manitoba but moved to Winnipeg before starting school. After graduation, she went on to the University of Manitoba where she earned the degrees B.Sc., M.A. and B.Ed with special ed credentials. Her supervisors encouraged her to pursue further graduate studies but she chose instead to focus on her family and volunteer work.
Beginning in the 1980s she won election to the board of the Society for Manitobans with Disabilities and eventually served several terms as president. As advocate for people with disabilities, she made presentations to all levels of government and clearly influenced many of the policies which ensued.
In 2000 she began a career as educator in inner city schools. There she displayed the personal qualities which enhanced her skill in dealing with difficult children. After illness forced her to give up teaching, she moved into leadership positions in the Ellen Douglas Parent Association at Lord Roberts Community School and in the parent council at Riverview School.
Anne loved to travel. In the early years of their marriage, she and Hal made several visits to Britain, Ireland, France and Spain. Later with their children, they travelled across Canada, visiting every province, often setting up camp in national or provincial parks. One August, Hal took her to the Yukon where they hiked the full Chilkoot Trail.
Family was everything to Anne. She was a devoted daughter, sister and partner and an exemplary parent. She gave loving care and strong support to Patrick, Anna May and Ben and was proud of their successes in their chosen vocations.
In 2013 Anne underwent treatment for breast cancer with fortitude and grace. She enjoyed five years of better health until the cancer returned.
We thank all the people at CancerCare and St. Boniface Hospital, and others in between, for the compassionate care Anne received.
A celebration of Anne's life will be held at Churchill Park United Church at 2:00 p.m. on Wednesday, September 7.
Donations in her memory may be made to the CancerCare Foundation of Manitoba or the St. Boniface Hospital Research Foundation, both of which Anne supported, or a charity of one's choice.