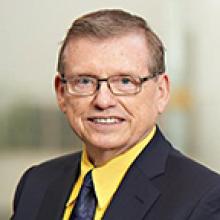 
On August 14, 2022, Brock Valentine Cordes passed away peacefully at the end of a courageous battle with cancer.
A memorial service will be held on Wednesday, September 7, 2022 at 2:00 p.m. at Chapel Lawn Funeral Home, 4000 Portage Avenue.


On August 14, 2022, Brock Valentine Cordes passed away peacefully at the end of a courageous battle with cancer. He was 79, just weeks shy of his 80th birthday on September 1.
He was predeceased by his parents, Mary (nee Munk) and Henry Cordes.
Brock was a devoted husband to his wife of 56 years, Georgia, and loving and proud father of his daughter Erika and son Trevor (Carrie). His grandchildren, April, Gabriela, Merlin, and Verity were treasured by their Grandpa and brought him so much delight and love. Brock is also survived by his sister Wendlyn, brother Kurt, aunt Katherine, and many cousins. He also leaves behind a wealth of friendships that sustained him throughout his life. He will be deeply missed by all.
Brock was born in 1942 in Milwaukee, Wisconsin, USA. As a child, he grew up with the love and support of his family, relatives, and friends. His family moved many times, seeking new opportunities and experiencing new adventures. Brock often reflected on helping and working on the small lakeside resort his parents built and owned near St. Germain in northern Wisconsin. It presented constant responsibilities and challenges, but also the joys of fishing and boating, learning how to bake bread daily, and of fun with friends that formed many happy memories.
Brock was 16 when his family decided to move to Alaska in 1959 to homestead. He helped drive to Fairbanks, where he and his family found jobs to enable the purchase and clearing of land and to establish their future in the newest state. Brock graduated from Fairbanks High School in 1960. He then attended the U.S. Naval Academy in Maryland for one year, followed by service in the U.S. Marine Corps. He returned to Alaska to complete his undergraduate studies and went on to receive a BA degree from the University of Alaska (Fairbanks) in 1965. During these years he would also launch his first business - a small motorcycle sales venture.
It was at the university that Brock met and began dating Georgia, whom he always called the love of his life. They were married in a small log church just down the hill off of campus on the evening of February 19, 1966, when the temperature dipped to -42F.
They began their married life in Anchorage before moving to Eugene, Oregon to further their studies at the University of Oregon, with Brock later receiving his Master of Business Administration in 1969. In 1968 on campus Brock happened to meet by chance Dr. John Mundie, then Director of the University of Manitoba School of Commerce (now Asper School of Business). He was invited to fly up to Winnipeg to interview for a teaching position, and as they say...the rest is history.
Thus, Brock began over 30 years as a university sessional lecturer. Teaching and being part of the University of Manitoba community were his greatest passion. Brock found endless enjoyment in his conversations with the students, and he valued his friendships with his colleagues. So much so, in fact, that he had no real interest in retiring, and instead he continued teaching right up until the very last moment when his illness would no longer allow it.
In addition to teaching, Brock was also an avid entrepreneur, business owner and manager in a wide variety of companies and organizations over the years. He contributed to our community and city in volunteer service roles on the boards of organizations such as the Winnipeg Flying Club and the Manitoba Conservatory of Music and Arts, and at First Presbyterian Church where he was an active member for decades.
Drawing on all these experiences, Brock took great pleasure in coaching, mentoring and inspiring others to start their own businesses or follow their dreams, and he left a lasting impact on many people of all ages and from all walks of life.
Brock loved travel and adventure, experiencing new places and especially meeting new people. Family trips were the highlights of every year when the children were growing up, and in later years his trips "home" to Alaska and Wisconsin, or to Germany for treatment, brought him much joy. One of Brock's fondest dreams was to fly a plane, which he achieved when he became a pilot in the 1980s. Sailing on Lake of the Woods, motorcycling and snowmobiling with friends were among his other favourite activities, and in his last months he often reflected on how grateful he was to feel he had lived his life to the fullest.
This past year, Brock's illness forced him to slow down. He received excellent care, first at Riverview Health Centre for a short time and then at the Grace Hospice. During this time, he was greatly uplifted by his many friends, colleagues, and relatives - with their countless and continuous visits, phone calls, meals, cards, love, prayers, and support - for which Brock and his family were and are truly grateful.
The family also extends heartfelt appreciation to everyone who provided treatment, palliative care and support for Brock. In particular to Dr. Hartley and the wonderfully caring nursing team at Grace Hospice, along with all of its staff and volunteers; to Rev. Brenda Fraser; to CancerCare Manitoba and its counsellor team; to Dr. Gingerich; and to Dr. Bauer and her team in Munich, Germany.
A memorial service will be held on Wednesday, September 7, 2022 at 2:00 p.m., at Chapel Lawn Funeral Home, 4000 Portage Avenue.
In lieu of flowers, donations in Brock's memory may be made to either the Grace Hospice (204-837-0375) or to the University of Manitoba Stu Clark Centre for Entrepreneurship (204-474-8443), where funds will directly benefit the students.