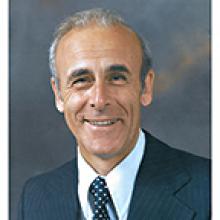 
It is with great sadness, that we announce the peaceful passing of Samuel (Sam) Mostowy at the age of 94 years, on August 24, 2022 at Peace Arch Hospital, South Surrey, British Columbia.
He was predeceased by his beloved wife Irene after 52 years of love and happiness; his brother Michael in India in 1945; his parents Maria and Joseph Mostowy and his sister Anne Barnlund of Winnipeg.
He leaves to mourn his dear family; niece Gail Amos of Souris, MB, niece Kim Vodopivec of Winnipeg, MB, nephew Richard Barnlund of Calgary, AB, nephew Douglas Barnlund of Gimili, MB, sister-in-law Lorraine Brock of Kelowna, BC, niece Blossom Starchild Gaede of Kelowna, BC, nephew Bruce Harvey of Campbell River, BC, niece Wilma Harvey of Surrey, BC, brother-in-law Ray Dasti of Sudbury,ON and very special friend Vivian Hoath of Kamloops, BC., as well as numerous nieces and nephews throughout Canada and USA.
Sam joined CR Rail in 1943, then transferred to CP Telecommunications in 1951 as a commercial telegraph operator. Over time he was promoted to supervisory positions in Saskatchewan, Manitoba and NW Ontario. In 1977 he became Regional Sales Manager for the Prairie Region. In this capacity he travelled extensively across Canada and Europe on special assignments.
During his time in Winnipeg, Sam was a member of Khartum Shrine and Drum Corps, as well as a member of the Masonic Friendship Lodge. Upon retiring to Surrey, he was active in the Probus Club, Peace Arch Shrine Club, CP Pensioners Club, Delta Senior Golf Club and First United Church, White Rock.
Sam believed he was blessed with a Guardian Angel that watched over him throughout the numerous hills and valleys of his Life's Journey.


"It was a wonderful life - my golden box
is full of beautiful memories!"


A Celebration of Life will take place on Wednesday, September 7, 2022 at 11:00 a.m. at Victory Memorial Park Funeral Centre - 14831-28th Avenue, S. Surrey, BC.
Flowers are gratefully declined. If one chooses, donations could be made to Peace Arch Memorial Hospital in memory of Sam.