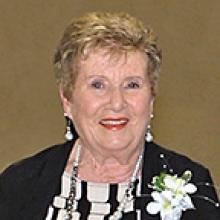 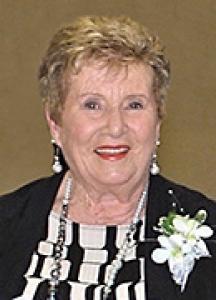 
Wilma entered into rest on August 25, 2022, at Country Meadows Care Home, Neepawa at the age of 92 years. Wilma was predeceased by her husband Homer and son Rodney.
A celebration of her life will be held on Wednesday, September 7 at 11:00 a.m. in the Neepawa United Church, Neepawa, MB. Interment in Riverside Cemetery, Neepawa, MB.
Donations may be made to the Beautiful Plains Community Foundation Inc., Box 486, Neepawa, MB R0J 1H0 or the Neepawa United Church.

GILL: Wilma Ruth Gill (nee Steppler) was born on May 30th, 1930 in the R.M. of Rosedale to Charles and Jean Steppler. Wilma was the eldest of four girls followed by her sisters Marjorie, Donna and Myrna. The four girls were known as Charlie's Angels. Wilma passed away in her sleep on August 25th at Country Meadows Care Home in Neepawa Manitoba. In Wilma's early years she was brought up on a dairy farm owned by her family. When Wilma was a teenager, the family farm was sold and they moved in to the Town of Neepawa. In high school, Wilma's special interests were home economics, student council, track and field, basketball, girls' hockey and curling. In her later years Wilma enjoyed golf (she was a Past President of the Neepawa Ladies Golf Club), curling (she was a Past President of the Neepawa Ladies Curling Club, lifetime member), cross country skiing, traveling with friends and relatives, bridge, choir at the Neepawa United Church (joined when she was 16), taught Sunday School, member of the U.C.W., Past President of Inner Wheel for Neepawa, sewing, decorating, photography, gardening (won many prizes) and, but not least shopping. She also enjoyed music and dancing. Wilma was a fabulous cook and loved to throw parties! She was the ultimate host and her dinner parties and Christmas brunches were loved by many. Wilma had a number of jobs while attending school. At the age of 14 she babysat, and worked in the toy department of Martins Store. Later on, Wilma worked at Morrish Studios where she became interested in photography. In the summer while Wilma was in high school, she worked at F.L Davis law office, and as a bookkeeper for Murray's Garage. After high school, Wilma worked at Joan's Fashion Centre then joined Wicketts Pharmacy as a sales person and bookkeeper. Once Wilma was married, she supported her husband Homer in his many positions in public life and throughout his career as an owner of Gill and Schmall Agencies. During Homer's ownership of the office, Wilma really enjoyed creating the many window displays each season. Wilma met the love of her life in 1947 while going to high school. Homer Gill was home from university and they both attended a dance at the Arcade on Hamilton Street. Homer and Wilma were married on June 9th, 1951. From this union their only son Rodney was born in 1962. Rodney passed away accidentally in 1979 just before his 17th birthday. The death of Rodney was devasting to both Wilma and Homer. They cherished their good friends and the many nieces and nephews who became their children. We were blessed with many years of love. Wilma was predeceased by her husband Homer; son Rodney; parents Charles and Jean Steppler; sisters Marjorie and Don Matheson; niece Barb Vinnell; nephew James Matheson; sister Donna Schmall; parents-in-law Wilmot and Bertha Gill; brothers and sisters in-law Elmer and Ruth Gill, Claire Gill, Peter and Muriel Cottingham, Don and Edith Kerr. Surviving Wilma is her sister Myrna Lalonde and her husband Leo, her brother-in-law James Schmall. Wilma is also survived by her many nieces, nephews, cousins and lifelong friends. Rest in Peace Wilma you are now home with Homer and Rodney. A celebration of Wilma's life will be held at the Neepawa United Church on Wednesday September 7th, 2022 at 11:00am. Cremation has taken place with burial in the Neepawa Cemetery. The family would like to thank the nurses, doctors and staff at Country Meadows Care Home in Neepawa and the many home care workers throughout her last few years. If people so desire, donations may be made to the Neepawa United Church or the Beautiful Plains Community Foundation.