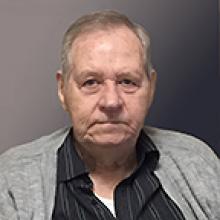 
It is with sadness that we announce the passing of our beloved Husband, Dad, Opa, and Uhr Opa at the St. Boniface Hospital at the age of 88.
He will be lovingly remembered by his wife, Maria, of 63 years; daughter Rita Derksen (Frank) and their children, Frank Ian (Brandy), Mark (Mackenzie), and Colin (Kristin); his two sons: Heinz (Audrey) and their children, Karl (Brittany), Jordan (Claire), Jenna Wiebe (Daniel), and Graeme (Madison); Arnhold (Michelle) and their daughter, Gabby; five great-granddaughters: Karly, Skylar, Ashley, Sadie, and Norah; three great-grandsons: George, Carter, and Keegan. He is also survived by four sisters: Elizabeth Klassen, Maria Schroeder, Nettie Pauls (Brahm), and Helen Olfert (Henry). He is also survived by eight brothers and sisters-in-law and many nieces, nephews and their children. He was predeceased by his parents, Johann and Maria Neufeld, his grandson, Spencer Neufeld, in infancy, his parents-in-law, Heinrich and Sarah Neufeld, one sister and one brother.
Hans was born in Kronstal, South Russia. At the age of nine his family immigrated to Germany finally settling in Berlin with the help of MCC. He often talked about those fun days in Berlin. At the age of 13 his family immigrated to Rosenthal in the Neuland Colony of Paraguay, South America. He learned to farm the land and raise farm animals. He was baptized upon the confession of his faith in Jesus Christ as his Saviour in November 1958.
Hans met his beloved Maria and they married in April, 1959. In September 1963 Hans and Maria immigrated to Winnipeg, Manitoba with two children. Once in Canada, they both began to work and soon purchased their first home and car. He painted houses and furniture. In the early years, many weekends were spent with family and friends swimming at Delta Beach or fishing at Rainbow Falls. A third child, a son, was added to the family four years after arriving in Canada. Once the children were grown, Hans and Maria began travelling and enjoyed many winter vacations with family and friends.
Hans made friends wherever he went. Aside from visiting, his hobbies included yard maintenance, cutting and chopping firewood which he used to heat their home, fishing and camping. In the winter months he could often be seen snow blowing the neighbour's driveways after a snowfall. He enjoyed the outdoors very much.
A funeral service for Hans Neufeld will be held on September 6, 2022 at 12:00 noon at Douglas Mennonite Church, 1517 Rothesay Street. Viewing will take place prior to the service. Interment in Glen Eden Memorial Gardens.