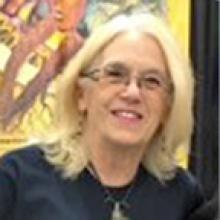 
As of Monday, August 22, 2022, a "Celebration of Life" has started for Diane Lynn Lewis Sichewski.
Diane was predeceased by her father John Lloyd Lewis, mother Gwen Ellen Lewis (Williams). Sister Lori Kulczycki and sister Arlene Lepine. She is survived by her sister Wendy Lewis.
She leaves behind her husband David, son Stacy, grandson (Nickolai David). Daughter Dayna, grandchildren (Jordan and Cyrus). Son Shawn, grandchildren (Joshua and Levi). Son Jarett (Michelle) grandchildren (Tyson, Giada and Eva). Diane leaves her nephews Brad, son (Jessie), daughter (Donna), Todd, daughter (Amber) and son (Jordon), Brent, daughters (Alyssa and Danica). Her Kulczycki nephews (Kaleb, Kelly and Matt).
Diane was a highly motivated and energetic person. Diane found enjoyment in organizing family activities, sporting events, workplace parties along with get togethers for birthdays, weddings, Grand Beach vacations and get togethers with the Oaks, Melville's and Marchant's and countless home town parties for friends that she and friends had lost.
Diane was always planning something, trips to Florida, Cuba, Dominican Republic, Mexico and many, many trips to BC and Alberta. Summer time trips to Sandy Lake to visit the Sichewski, Chastko and Moroz family and friends for all their birthdays, weddings, reunions, Christmas and any other reason to visit all those folks that were so special to her. Fishing, boating was always something that she included in her activity planner.
Diane's first job was at Pony Corral on Pembina Hwy when she was 14. She attended Churchill High School and eventually started working for Dr. Ellis as a receptionist. She started working at Burns Foods Winnipeg in 1975 and then for Maple Leaf Consumer Foods. Diane loved the people she worked with and held countless get togethers for Christmas parties, along with countless socials.
Diane organized a Board of Directors, with that they created a Maple Leaf Day Care Center called the Panda Bear Day Care Center on Lagmodiere Blvd. Along with Maple Leaf sponsorship, Diane organized the "Dragon Boat Races", were employees, friends and family got together, paddling for a "Cure for Cancer". She enjoyed doing this for years.
Diane worked part time at the Tache Municipality in Lorette as a part of her on going accounting training. She also held the position of Secretary Treasurer for the Lorette Sports Center. She worked with Maple Leaf Foods as an Inventory Production Planner until she retired. She always said that she worked with the best people and that she found a great loss and sadness when she left the Bacon Division of Maple Leaf.
Diane and David built their home in Lorette and were there for 46 years. There they raised their four children along with managing work with family and friends. Diane's Lorette friends Evonne and Claude Bernier were there for all the assistance that was ever needed. They were very special to Diane as their friendship was a loving, caring and sharing friendship.
Diane had started a donation campaign for clothing, housewares, toys, games and furniture for the war torn Ukrainian families that were coming to Winnipeg. She was deeply saddened by the carnage inflicted on those families and children. Diane was always there for everybody and would always help out as much as she could. Diane leaves a countless number of friends that have been instrumental in her life. They will always miss her laughter, smiley face and her bubbly personality. Diane also leaves her best four-legged friend, Chopper, a friend that never left her side and was her most trusted companion.


We will all miss our shining star, Diane.


Cremation has taken place and a service will be announced at a later date.