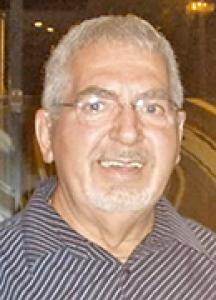 MCCAUSLAND: Arthur Murray passed away peacefully, at the Betel Home, Gimli, MB, Murray McCausland, aged 84 years, on September 3rd, 2022. Murray is survived by his 2 daughters, Lori Jackson (Mike Jackson), Leann Bower (Nate Bower), grandchildren Christian, Noah, Madi, Ben and Livi, great-grandchildren Lennon and Poppy, and sister Marie Rodwell (Jack Rodwell). Predeceased by his parents, Bernice and Arthur McCausland, and sister Marguerite Opperman (Wilford Opperman). Murray grew up in his early years in Boissevain and finished his schooling in Killarney. He moved to Brandon where he raised his family. Working in upholstery and drapery for many, many years. We all enjoyed his handy work. Murray had a great passion for music. Playing piano and singing in a variety of barbershop quartets and choirs over the years. Murray retired in Ponemah, MB and had been residing at Betel Care Home in Gimli, MB for the past few years. He will be missed. A private ceremony will be held by the family. Any donations we ask be sent to your local Alzheimer's Society. Condolences may be left on his tribute wall at www.gilbartfuneralhome.com.