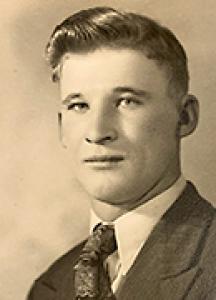 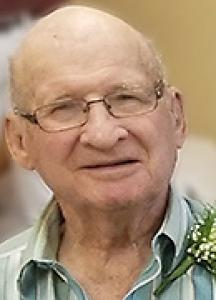 NICHOL: Robert (Bob) Gordon Nichol was born August 12, 1927, to Andrew and Mabel Nichol at Mrs. Ferbie's home in Killarney, Manitoba. He was predeceased by his father, mother, and six siblings; Ivan (Norma), Mert (Jennie), Norma (Dan), Laverne (Neil), Ken (Tete), and Kay (Don); and by nephews Ron and Kirk and niece Patsy. His youngest brother, Harvey, still resides in Killarney. Bob grew up in an eight-room house in the Rose Valley District and attended Rose Valley School. With his father's premature passing in 1934, life was challenging for his mother and all of the Nichol children. Consequently, he left his schooling early in order to help her on the 480-acre grain farm. He and his brother Harvey spent one year working in Sinclair, Manitoba, after which Bob moved back home to begin work with the Manitoba Pool Elevators, as he had always been interested in farming and the agricultural industry in general. After brief stints in Dunrea, Glenboro, and Holland, he secured a position as an elevator agent's assistant in Dunrea in 1956. The following year, he transferred to a position in Killarney and also worked at the Rhodes elevator, which he always remembered fondly. As Killarney's elevator started to move more grain, he began working there full-time and took over as the managing agent in 1961. Bob was very proud of his accomplishments as the manager in Killarney, which included winning the "High Handle" award 10 times (between 1973 and 1987) and awards for the best kept premises in the district. Always an industrious worker, Bob was known for his honesty and fairness in dealing with others. With his brother Harvey managing the United Grain Growers Elevator a few hundred feet down the road, the two brothers were in competition for the grain; however, the two decided that there was more than enough grain for both of them. Bob married Flora McKay, a nurse from Hilton, Manitoba, in the Killarney United Church on July 20, 1957, and they celebrated their 61st wedding anniversary on July 19, 2018, two days prior to Flora's passing at the age of 86. They adopted two children, Murray (1969) and Shauna (1970). Over the years, the family enjoyed numerous spring vacations to British Columbia to visit long-time friends (Owen and Romayne Simpson), nephew Barry (and his partner, Lyle), and Flora's cousins. For many summers, Bob and his family would visit West Winds Campground in Portage la Prairie to camp with good friends Tony and Yvonne Bouchard and family. Even though Bob and Flora took other vacations throughout Canada and the United States, they described the annual camping holiday as their favorite. Retiring from the elevator business in 1989 after 33 years with Manitoba Pool, Bob worked for a local farmer and friend (Lorne Shaver) and his daughter's family on their farm, and also enjoyed spending time on the golf course, taking bus trips with Flora and the Bouchards, babysitting his grandchildren (Courtney and Brandt), and drinking coffee with the "boys" at the cafe. Throughout his life in Killarney, Bob spent many hours volunteering for his community, particularly the Killarney United Church. A few of his civic efforts included coaching Shauna's baseball team, working the gate at the horse races, helping out at the curling rink, and spending countless hours assisting Flora and the Killarney United Church Women with whatever needed done. Throughout his 95 years Bob enjoyed great health. Later in life his mobility became an issue, and on January 24, 2019, approximately six months after Flora's passing, he moved into Bayside Personal Care Home in Killarney. Bob's family offer a sincere thank you for the wonderful care that he received from the hard-working, helpful, and caring staff, whom he enjoyed until his passing on August 21, 2022. Bob's actions spoke louder than his words, which was evident in how he lived his life on a daily basis—always with a diligent work ethic. Whether it was lending a hand to help Murray and Shauna get something done, making regular visits to his aging mother's home, calling on friends in the personal care home or hospital, or being the primary babysitter for his grandchildren, Bob was always there for family and friends as a constant and dependable man who loved to help out. His strong love and devotion for his family and friends remained present until his passing day. He will be sadly missed but lovingly remembered by his children, Murray (Barrie) and Shauna (Brian); grandchildren, Courtney (Curtis) and Brandt; brother, Harvey; brother-in-law, Morley (Ruth) McKay; and numerous nieces, nephews and cousins. Bob's memorial service will be held on October 22, 2022, at 2 pm in the Killarney United Church, Killarney, Manitoba. A private interment will occur prior to the service. Donations in Bob's memory may be made to the Killarney United Church, Box 9, Killarney, Manitoba, R0K 1G0 or the Killarney Foundation, Box 1300, Killarney, Manitoba, R0K 1G0 (designated to the Killarney Hospital, if desired). Messages of condolence may be made online at www.wheatlandfs.com.