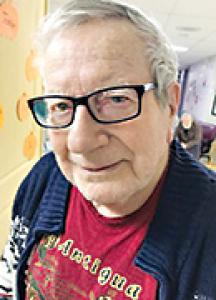 BECK: April 6, 1931 – August 29, 2022. Hendrik "Henk" Beck, a loving father to nine children, a jokester and gentle soul, passed at the age of 91 at the Carberry Personal Care Home. Henk was born in The Hague, The Netherlands on April 6, 1931. He was the second youngest of seven children, so it should be no surprise he later had such a large family himself! Growing up, Henk loved soccer and played well into adulthood. In the 1950s, Henk met Paulina, the love of his life. They married in 1957. In 1960, with a dream to provide a better life for their family, they immigrated to Flin Flon with four children in tow. In Canada, they had five more children, including two sets of twins. They moved many times over the years, mainly in northern Manitoba and settled in Carberry in 1987. Known for his wit, charm and kindness, Henk was always an active member of the communities where he lived. Passionate about sports, he played soccer and coached hockey in northern Manitoba. He was a volunteer fire fighter and a member of the Lions Club for many years and a lifelong member of the Royal Canadian Legion. Henk worked as a plumber and gasfitter most of his life, but he also liked to tinker and could fix just about anything. Henk and Paulina were married almost 64 years when Paulina passed away in February, 2021. But their beautiful love story lives on in the memories of their children who still can picture the two gracing dance floors at community functions – and Henk's famous moves donning his Dutch wooden shoes, and of course the winters the couple spent in Benidorm, Spain, living out their retirement dreams. A devoted father to Remo, Brigitte, Mary, Henri, Skyler, Paul, Jean, Deanna and Debbie, Henk was an active father who spent time with his kids from cross-country skiing, fishing and skidooing to camping trips, and road trips across the country. A hard worker, he instilled strong values in his children, and his motto, was "it's OK to get angry but don't stay that way." He never harboured grudges and you always knew where you stood with Henk. Anyone who had spent any time at all with Henk knows what a fantastic sense of humour he had. If you ask him how many children he had, he'd count all nine of them on his fingers from oldest to youngest, but you may have gotten a wink and joke. "But I could have a few more I don't know about." He loved wine and beer and always asked what a guy had to do to get a cold beer when he was in the care home. Henk will be missed by his nine children and their spouses and his 22 grandchildren (and spouses), and 20 great-grandchildren, as well as many relatives in Holland. A Celebration of Life will be held at the Carberry Royal Canadian Legion 2:00 – 4:00 p.m. come and go on October 8, 2022. Interment of Henk and Paulina will take place in the Columbarium in the Carberry Plains Cemetery at a later date. In lieu of flowers, please donate to the Carberry Legion is his name. Friends and family are invited to visit Henk's memorial page at interlakecremation.ca, where memories and condolences may be shared.