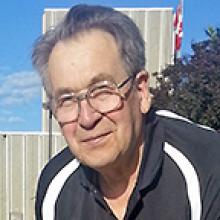 
Devoted - Dzia Dzia puts 110% of his heart and effort into everything
dZiadia - Dzia Dzia is a very wise person and teaches you all of what he knows
(lessons, waltz, chess, etc.)
Is Strong - Dzia Dzia is strong both mentally and physically (szylny tak lew)
Always kind - Dzia Dzia is always nice and friendly, he tells great stories and lessons
Dedicated - When Dzia Dzia puts his mind to something, there is nothing that can stop him from achieving it
dZia dzia - Always goes the extra mile and goes above and beyond in helping others
(treehouse)
is Selfless - Dzia Dzia always puts the people he loves ahead of him and doesn't think about
himself
Amazing - Not everyone is lucky enough to have a dzia dzia, but I was blessed and I
am so grateful for him