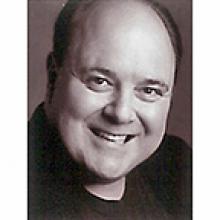 Jeffrey Gordon Skinner, suddenly after a lengthy illness on August 29, 2022, passed away.
Jeff was born on July 8, 1955 in Winnipeg, MB. He is survived by his brother David; nieces, Joelle (Damon) Chow of Bakersfield, California and Jaimi (Graeme) Green of Winnipeg, Manitoba; as well as numerous cousins, great-nieces and nephew. Jeff was predeceased by his father Gordon; mother Evelyn and sister-in-law Judith.
Jeff was raised in Silver Heights in Winnipeg, attending Silver Heights High School, summers at the family business at Lockport and then on to University of Winnipeg, where he continued his interest in the arts. All his life he continued to act, sing, write and perform. He was involved in numerous productions, movies and TV shows and going on to produce various productions. He also operated a school for teaching acting and other skills where he touched the lives of so many. He performed coast to coast, making friends wherever he went.
In keeping with his wishes, cremation has taken place and no formal service will be held.
A celebration of Jeff's life will be held on Thursday, September 22, 2022 at 101 Keating Avenue between the hours of 3:00 p.m. and 7:00 p.m. for friends and well wishers to drop in and reminisce.
If friends so wish, donations may be made to the Manitoba Kidney Foundation.
He completed his life the same way he lived it, with grace, courage and a kindness for all. You will be missed.