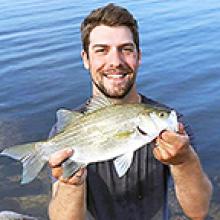 Joel Wiebe, age 32, passed away suddenly on September 1, 2022.
Joel attended Lord Selkirk Elementary School and MBCI, where he excelled in his studies, artwork, and basketball. He graduated from MBCI in 2008 and from Engineering at U of M. in 2013. Joel then worked at Star Building, designing floor and truss systems. Later that same year, Joel married Jessica Wiebe.
Joel enjoyed the outdoors working many summers with his Dad and brother in house construction. His favourite activity was fishing. Joel became a proficient fly fisherman, where he made many friends.
Joel will be deeply missed by his wife Jessica; his sons Liam and Preston; his brother Thomas; his parents James and Glenda; his parents-in-law Rudi and Trudy Wiebe; his brother-in-law Bruce, children Joel and Alysha; his sisters-in-law Belle (Kevin), their children Tristan, McKenna, Avery, and Payton; and Petra (Tom), their children William, Theodore and Abigail.
Funeral service will be held Thursday, September 15, 2022 at 10:00 a.m. at North Kildonan Mennonite Brethren Church, 1315 Gateway Road. Interment will take place in Sunnyside Cemetery.

This obituary may also be viewed at www.friendsfs.ca