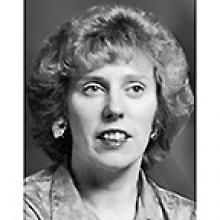 
Suddenly, on August 28, 2022 in Victoria, BC, Arlene Elizabeth Eyford passed away, five days before she would have celebrated her 70th birthday.
Arlene was born on September 3, 1952 in Eriksdale, MB, the second child and only daughter of Jörundur Árni ('Jerry') and Marjorie Eileen (née Smith) Eyford. Arlene grew up on the family farm at Vogar, MB, and attended one room schools in the district. She graduated from Eriksdale High School in 1970 and then attended Success Business College in Winnipeg.
She was first employed in an insurance office, and then, in 1976, joined provincial civil service where her work related to housing and insurance.
As a young person Arlene enjoyed travelling, especially to visit family and friends. In 1990, Arlene and her father went to Iceland, where her paternal grandparents had been born. They met many cousins in Reykjavík and Akureyri.
Arlene moved to Vancouver Island in 2000. She lived first in Sooke and later in Victoria. On the island she made many friends, participated in activities she enjoyed, and was part of a community that she cared about.
Arlene was predeceased by her brother Arnold (2018), father Jerry (1997), and mother Eileen (1985).
She is survived by her brother Allan, sister-in-law Heather, nephews Ryan (Aleisha), Regan (Kelly), niece Leanne, grandnieces Lilja and Eliana, and grandnephews Benjamin and Ezekiel.
A memorial service will be held on Saturday, September 24 at 3:00 pm in the Eriksdale United Church, Eriksdale, MB,
In lieu of flowers, donations can be made in Arlene's memory to the Victoria Cool Aid Society, 101–749 Pandora Avenue, Victoria, BC, V8W 1N9.