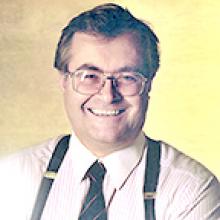 
It is with heavy hearts that the family of Howard Roger Stockford announce his passing at Northumberland Hills Hospital on Saturday, September 3, 2022, at the age of 81.
Howard and his wife Jeannie shared a wonderful journey together for almost 60 years, handling the challenges life threw at them with dignity and grace.
Howard graduated from the Royal School of Mines, Imperial College, London and immigrated immediately to Canada, where he went on to build a very successful career in the profession that he loved. He was the Executive Vice President of Aur Resources Inc. for many years and later joined the Board of Agnico Eagle Mines.
Howard is survived by his wife Jeannie, treasured daughter Sally, granddaughter Becca and his great-grandson Ocean, with whom he shared a similar sense of humour, sister Angela and his remaining family in England. Howard was predeceased by his son Roger and his granddaughter Victoria. He was truly a kind man, blessed with a wonderful gift of laughter and described by almost everyone who met him as a gentleman.
As per Howard's wishes, in lieu of flowers, please send donations to Mining Matters or The Canadian Institute of Mining, Metalurgy and Petroleum.
There will be an "Au Revoir Howard" gathering in the Windsor Ballroom of the King Edward Hotel in Toronto on Saturday, October 22, from 4:00 p.m. to 7:00 p.m.
We would like to invite Howard's friends and acquaintances to join us to a toast of life well lived.


Online condolences may be made to www.maccoubrey.com