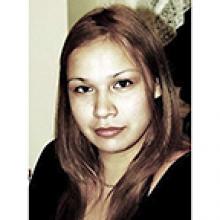 
Shannon Juliette Coutu, 39, of Winnipeg, Manitoba, died unexpectedly on September 6, 2022. The family was deeply saddened and shocked of the unexpected loss of a Daughter, Sister, Mother, Cousin and Friend.
Shannon was predeceased by her daughter Dalilah Coutu, brother Barry Lomax Jr., grandparents, Daniel Coutu (Denise Delorande), Julie Taylor (Edward Taylor), Douglas Lomax, godmother April Bricklin and paternal grandparents, Frank and Alice Bates.
Shannon leaves to mourn parents, Kathleen Coutu and Barry Lomax, along with sisters, Crystal Jeffery (Matthew), Charmain Prince (Cecil), Chantel Lomax (Mike). She will be lovingly remembered by her children, Alisha, Koda, Jesse, Kacey, Edwin, Edward, Alexander, Heaven, and Prince, nephews, Leland, Hunter, Leonard, Lucas, and Tyler, her grandmother Jeannette Lomax and numerous aunts, uncles, cousins and friends.
Shannon was born on September 22, 1982 at the stroke of noon in Winnipeg, Manitoba. She was raised by her loving parents Kathleen Coutu and Barry Lomax. She spent periodic time with her birth father Alvin (Dubby) Johnson throughout her life. She was a free spirit to say the least and never really could stay in one spot too long, even in her younger days. She would travel back and forth between her grandparents' home and her family home all throughout childhood. She spent her teenage years making friends all over the city.
As she grew older, she became more independent and though she struggled she found herself sanctuary in helping others. Shannon would often attend churches, many inner-city programs and working almost daily in soup kitchens to provide lunches to homeless. She always would find a balance between giving back and trying to overcome her personal struggles. She offered as much as she could even if it was her last dollar, a small trinket in her pocket or even a good laugh to anyone who crossed paths with her.
A special thank you goes out to the people who offered support and came out to her sacred Fire. The fire keepers (Koda, Mike McKay, Chantel Lomax, Travis Lavallee, Lacey Lavallee, Keith Desjarlais) who spent the night making sure Shannon had the guiding light to walking her road into the next sky. Cecil and Charmain Prince for doing the daily sundown prayer and songs. Dave McPherson and Agnes Prince for coming out to do the ceremonial hair cutting. The family would also like to thank the lovely staff at the Grace Hospital for taking such care in her final days. From the doctors, nurses and health care aides who allowed family to stay around the clock and offering prayer for peace.
A funeral service will take place at 12:00 p.m. on Thursday, September 22 at Neil Bardal Funeral Centre, 3030 Notre Dame Avenue with viewing one hour prior. Honorary Pallbearers are all of her sons: Koda Paul, Jesse James, Kacey Lawerance, Edwin Garcia, Edward Garcia, Alexander Gage, Prince Xavier.