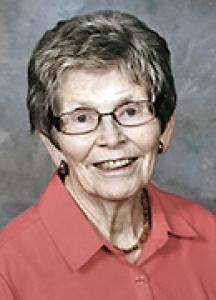 Jamieson's Funeral Services of Glenboro in care of arrangements