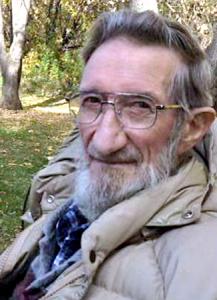 POWELL: Gordon Powell, beloved husband of the late Noreen (Kitchen) Powell, father of Terry, Brenda, Sandra, Rhonda and Brian, passed away peacefuly in his sleep in Strathmore, Alberta on Friday, July 22, 2022 at the age of 88. He was born in Souris in 1934 to L.B. "Chappie" Powell and Hattie (Rose) Powell, the second of their two sons. He is predeceased by his wife Noreen, father Chappie, mother Hattie, brother Lyle and granddaughter Kristin Knodel. Gordon was raised on the family homestead farm five miles north west of Souris, attended Wolflea country school and graduated from Souris High School. After high school Gordon worked for the CPR out of Souris. In 1958-59 he took teacher training at Brandon University and then taught school in Souris for six years. He worked as assistant secretary treasurer for Souris-Glenwood and then as secretary treasurer for the Souris Consolidated School Division. Through this time he also assisted his father Chappie on the family farm. In 1973, he began farming full time. He was involved with raising cattle, hay and field crops on the farm originally homesteaded in 1882 by his great-grandfather, Thomas Powell. Besides producing some good cattle, his farming exploits provided both entertainment and humour for friends and neighbours. Gordon demonstrated an exceptional life long commitment to his family, community, province and country. He was keenly involved with numerous boards, committees, and organizations. In school he was president of the student council. He served as town alderman, ambulance attendant, superintendent of St. Luke's Sunday school, Little league manager, coach and secretary treasurer, secretary of Souris Advisory Planning committee, Charter member of Hillcrest Museum, Souris River Round Table, Board of Victoria Park Lodge, Chamber of Commerce, Souris Drop In Center, member of the District Health Advisor Council, member of Royal Canadian Legion #60, to name just some of his involvments. Throughout the years, Gordon's focus was continually on the welfare of the people of his community and good government. He was extremely personable and interacted with many people, … almost everyone. A trip to the post office, the corner store, Ferg's, pharmacy, shoppers mall in Brandon usually converted into an extended social event. He had exceptional recall of local history, local families, people and who and where people were. If someone's Souris ancestor played for the NHL – Brooklyn Americans, he remembered. If your uncle moved to the Okanagan in 1950 after the war, he remembered what town he moved to. If you told him your farm location, he could probably tell you who homesteaded it. If you went to school in Souris, he could probably tell you the names of some of your classmates. He followed a range of sports, hockey, curling, and baseball. In his younger years he played and really enjoyed baseball and hockey. He loved conversation; sports and politics and local lore over crib or bridge was always great. Especially with a good cup of tea. Gordon and Noreen are survived by their five children and their families, Terry and Bev Powell of Brandon, Manitoba; Brenda and Keith Knodel of Medicine Hat, Alberta; Sandra and George Hamel of Sherwood Park, Alberta; Rhonda and Denis Mousseau of Olds, Alberta; Brian and Shannon Powell of Olds, Alberta. Eleven grandchildren and their families, Loni Powell, Anna (Powell) and Brian Grant, Tom Powell, Nick Powell and Brittany Powell, Meg (Hamel) and Jeff LeGatt, Jeff Hamel, Sharla (Hamel) and Dusan Jakovljevic, Evan Mousseau, Dayle Mousseau, Samantha Powell and Statia Powell. Nine great-grandchildren, Rowan Powell, Liam and Brody Grant, Leevye and Lily Powell, Emery and Cohen LeGatt, Lela and Alek Jakovljevic. And two sister in laws and their families, Dolly Powell and Ruth Martin. Dad and his family were very fortunate to be able to spend many days with family gatherings and visits over the years. He was very proud of his family and he will be missed sorely missed by all of us. The notes that have come in since Dad has passed, paint the picture of who he was. He was personable, caring, and loved to smile. Always enjoyed a joke, a conversation, a card game, always with a cup of tea. The family invites friends to join us at a memorial service and reception for Gordon on Friday, September 30, 2022 at St. Paul's United Church, Souris, Manitoba at 1:00 pm. Reception at St. Paul's Auditorium will follow the service.

Messages of condolences may be made at www.kowalchuks.net